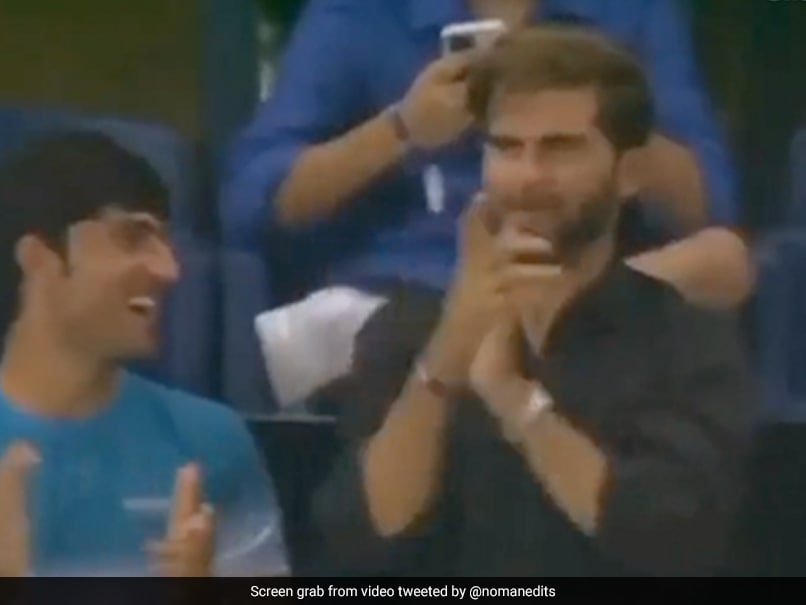 The India-Pakistan Asia Cup 2022 clash saw several scintillating bowling performances. Bhuvneshwar Kumar picked four wickets for India while Hardik Pandya scalped three to restrict Pakistan to 147 all out in 19.5 overs. Then for Pakistan too, there were several commendable performances. Teenaged T20I debutant Naseem Shah was the star of the show for Pakistan as he gave his team a great start by scalping KL Rahul (0) in the first over. Off a good length ball, he surprised KL Rahul, who dragged the ball on to the stumps.

Shah, who had earlier made his Test and ODI debut, was a surprise inclusion in the XI. Watching his performance from the stands was Pakistan's left-arm pacer Shaheen Afridi, who is not playing in the Asia Cup due to a leg injury. After Shah's dismissal of Rahul, Afridi could be seen applauding the effort.

I would love to see Naseem Shah and Shaheen Shah opening the bowling for Pakistan in T20 WC #INDvPAK #INDvsPAK #PAKvINDpic.twitter.com/9C77nVuorE

Earlier, Hardik Pandya showed his high value under extreme pressure as his well-directed short balls helped India limit Pakistan to 147 all out. Rohit Sharma decided to chase after winning the toss and the bowlers, led by Hardik, set up the game nicely for India.

Bhuvneshwar Kumar (4/26) was at his skillful best and his four-wicket haul included the prized scalp of Babar Azam (10). However, Hardik's envious figures of 3 for 25 in four overs, during the middle phase, triggered a Pakistani batting collapse.

Young seamer Arshdeep Singh also returned decent figures of two for 33 in his first ever appearance in an Indo-Pak clash as all 10 wickets were snapped by speed merchants, a first for India in shortest version. The first over of the game bowled by Bhuvneshwar was a rather eventful one as it included two DRS calls going in favour of Mohammad Rizwan (43 off 42) and a straight drive from Babar. Ultimately, India won the match by five wickets.

KL Rahul
Get the latest updates on Fifa Worldcup 2022 and check out  Fifa World Cup Schedule, Stats and Live Cricket Score. Like us on Facebook or follow us on Twitter for more sports updates. You can also download the NDTV Cricket app for Android or iOS.