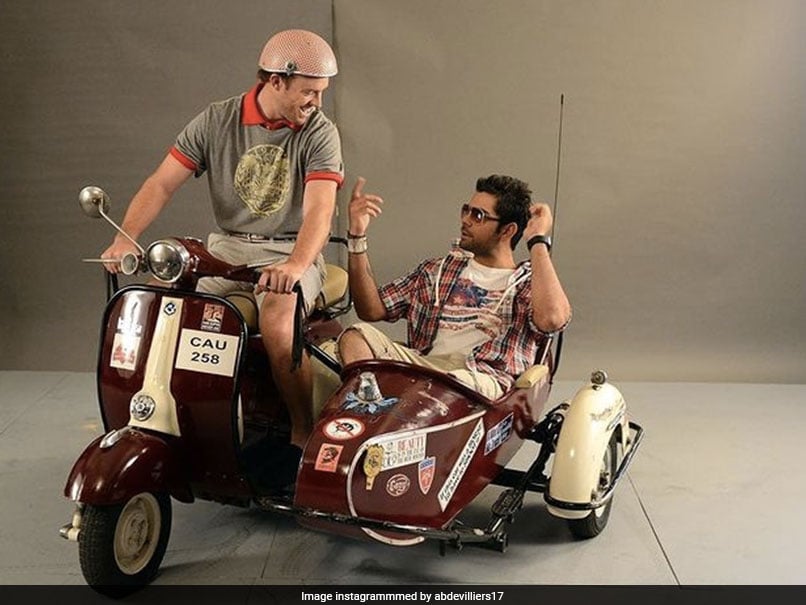 As Virat Kohli broke his century drought by hitting his maiden T20I ton against Afghanistan on Thursday, few were as happy as his close friend and former teammate AB de Villiers. Not only did he take to Twitter to share his excitement, he also shared a throwback photo of the two of them on Instagram. The photo has him sitting on a scooter and a very young Kohli sitting in the sidecar. "With his 100 today I thought I'd share this memory," the former South Africa batter captioned the picture with a laughing emoji.

"Top knock today my friend. Many more to come," he added.

"Hahahahahahaha," he commented, with a series of heart emojis.

"Thanks biscuit. Love you," he wrote in another comment.

Kohli's wife Anushka Sharma too could not believe the picture. 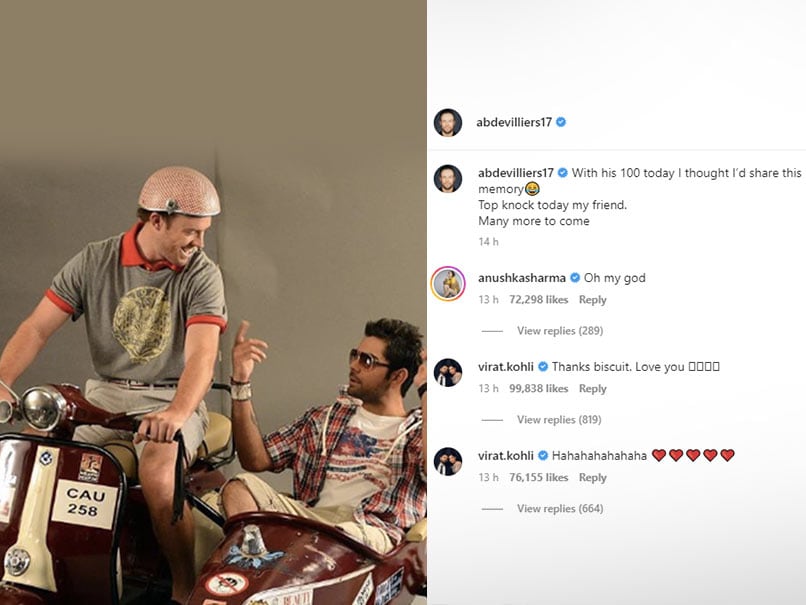 Kohli opened for India against Afghanistan in the Asia Cup Super 4 match and went on to hit an unbeaten 122 off 61 deliveries.

It was his first century in international cricket since November 2019, and his first in the shortest format for India.

Kohli hit 12 fours and four sixes as he put on an imperious display against Afghanistan, lighting up what was otherwise a dead rubber.

As he celebrated his century, he kissed his wedding ring, which he was wearing on a chain around his neck.

He went on to dedicate the century to Anushka and their daughter, Vamika.

AB de Villiers Cricket Social
Get the latest updates on Fifa Worldcup 2022 and check out  Fifa World Cup Schedule, Stats and Live Cricket Score. Like us on Facebook or follow us on Twitter for more sports updates. You can also download the NDTV Cricket app for Android or iOS.