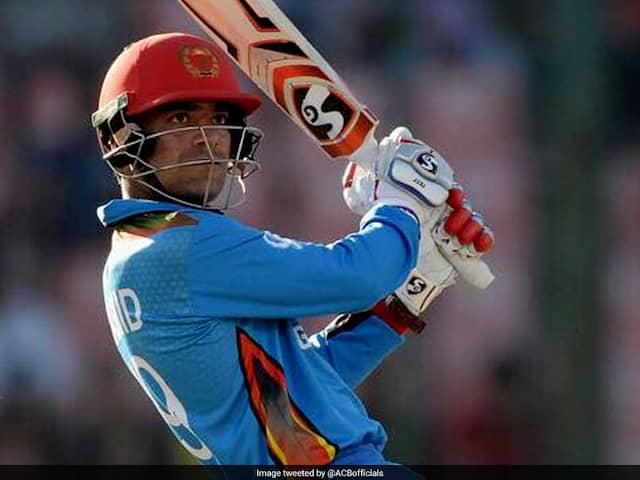 Rashid Khan made his birthday memorable for his team after he helped Afghanistan post 255/7 in 50 overs against Bangladesh on Thursday in their Asia Cup match. When his team was reeling at 150/6 after 37.1 overs and looked to settle for an under-par total, Rashid Khan (57*) ensured Afghanistan breached the 250-run mark. He was ably supported by Gulbadin Naib (42*) in putting on a partnership of 95 runs (off 56 balls). Rashid hit the ball ferociously all over the park. His inning was laced with eight boundaries and a six. After his stupendous showing with the bat, social media was abuzz with praises for the birthday boy.

Rashid khan after his wonderful performance on his birthday..

Bowling, fielding certainly and even when batting, young Rashid Khan is a marvellous cricketer. Among the most exciting in the world

After winning the toss, Afghanistan captain Asghar Afghan elected to bat first. Opener Ihsanullah Janat (8) couldn't stay long in the middle as he fell prey to debutant Abu Hider's delivery in the second over itself. Mohammad Shahzad (37) stood solid for Afghanistan but Bangladesh kept the batting side under pressure throughout. Shakib Al Hasan was the stand out performer for Bangladesh as he finished with bowling figures of 4/42. He took the crucial wickets of Shahzad, Asghar (8), Samiullah Shenwari (18) and Mohammad Nabi (10).

Afghanistan had knocked Sri Lanka out of the Asia Cup after beating the island nation by 91 runs. Bangladesh too defeated Sri Lanka in the tournament opener by 137 runs.

Bangladesh Cricket Team Asia Cup 2018 Cricket
Get the latest Cricket news, check out the India cricket schedule, Cricket live score . Like us on Facebook or follow us on Twitter for more sports updates. You can also download the NDTV Cricket app for Android or iOS.