Shoaib Malik remained unbeaten on 51 as Pakistan registered a last-over win over Afghanistan. 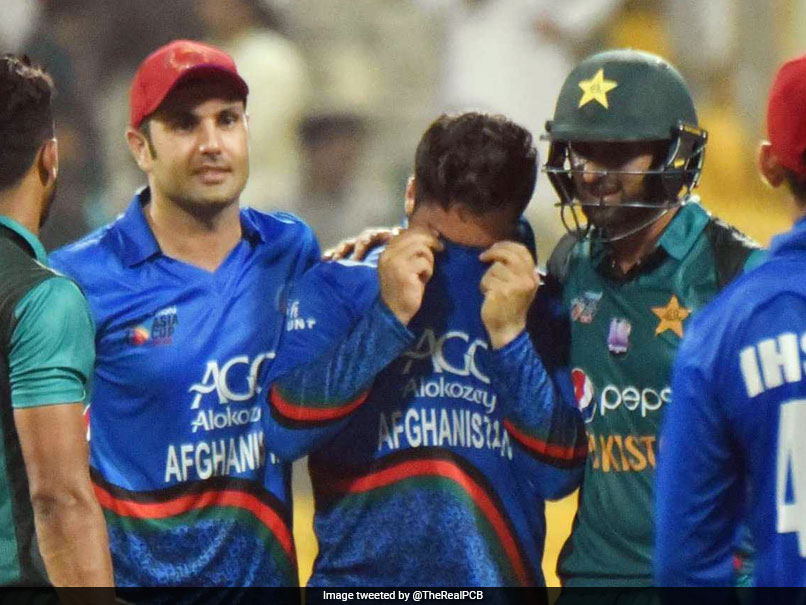 Veteran Pakistan all-rounder Shoaib Malik starred with the bat to help his side clinch a last-over victory against Afghanistan in the Super Four clash of the Asia Cup 2018 on Friday. Shoaib Malik remained unbeaten on 51 to give his side a winning start in the Super Four stage. Needing 10 runs in the final over to win the match, Shoaib failed to score on the first ball from Afghanistan medium-pacer Aftab Alam. However, the Pakistan all-rounder smashed a six and then a four in the next two balls to help his side chase down the target with three balls to spare. Post the loss, Aftab Alam broke down but found comfort from unexpected quarters. Shoaib Malik, who was seen shaking the hands of the Afghanistan players, saw Aftab Alam in tears and quickly went to him and consoled him.

Shoaib Malik went ahead to sympathise with Aftab Alam, who broke down into tears after conceding consecutive boundaries - a sixer and a four, which cost his team a defeat. #Humanity#Sportsmanship#Pakistani'sHeart pic.twitter.com/pd4NWmB9yi

Aftab Alam the bowler, absolutely gutted. Shoaib Malik, the batsman who won the match consoling him. Picture of the day. pic.twitter.com/bqy8WOJeQi

Aftab Alam the bowler, absolutely gutted. Shoaib Malik, the batsman who won the match consoling him. Picture of the day. #PAKvAFG pic.twitter.com/ufJGyPOWK6

The Pakistan Cricket Board (PCB) also took note of the incident and tweeted about the incident.

Shoaib Malik, who was adjudged the man of the match for his match-winning knock, in the post-match press conference said, "Being a senior player, the goal was to bat to the 50th over. That was the only thing. At one stage the required rate was 10, but I kept telling myself to play till the last over."

"Even good bowlers, when they're bowling at the end, the situation is different. As batsmen we can charge them. Would like to congratulate them. Everyday they've been improving. I think they're a great side," Malik added.

Pakistan will next take on India in the Super Four clash on Sunday. The match will be a chance for Pakistan to overcome the defeat suffered by their side in the Group Stage match.

Aftab Alam Asia Cup 2018 Pakistan vs Afghanistan, Super Four - Match 2 Cricket
Get the latest updates on IND vs NZ 2021, check out the Schedule and Live Score . Like us on Facebook or follow us on Twitter for more sports updates. You can also download the NDTV Cricket app for Android or iOS.