India will play Pakistan on September 19 at the Dubai International Cricket Stadium. 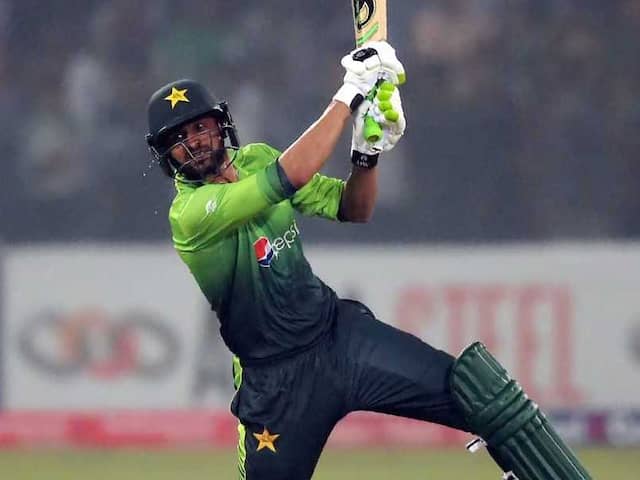 Former India batting legend VVS Laxman has backed Pakistan batsman Shoaib Malik to perform well against India during the upcoming Asia Cup cricket tournament. "Yeah, the reason he does well against India is his experience, he is a good player of spin bowling because in the middle invariably India will look to attack with the spinners and they've got two quality risk spinners now in, Chahal and Kuldeep while Pakistan is evidently dependent on their opener Fakhar Zaman and Babar Azam at number 3," Laxman was quoted as saying by Star Sports. Laxman also asserted that Malik will need to play a major role with the bat if Pakistan are to do well in the tournament. "Shoaib Malik is someone who would look to play the anchor role because he has got ability to rotate the strike, play down the ground, taking easy singles," he said.

"But at the same time when he presses the accelerator, he can play the big shots and he has got abundance of experience and he is a champion as far as the wide ball is concerned," he added.

The six participating nations are divided into two groups, A and B. Group A consists of India, Pakistan and Hong Kong while Group B includes Afghanistan, Sri Lanka and Bangladesh. The top two nations from each group will enter the Super Four stage of the tournament. Top two teams in the super four section will advance to the final.

India begin their Asia Cup campaign against Hong Kong on September 18 in their Group A fixture at the Dubai International Cricket Stadium. India will play Pakistan the next day at the same venue.

The final of the Asia Cup will be played on Friday, September 28.

India Cricket Team Asia Cup 2018 VVS Laxman Shoaib Malik Babar Azam Cricket
Get the latest Cricket news, check out the India cricket schedule, Cricket live score . Like us on Facebook or follow us on Twitter for more sports updates. You can also download the NDTV Cricket app for Android or iOS.