Asia Cup 2018: My Style Of Captaincy Is Similar To That Of MS Dhoni, Says Rohit Sharma

Rohit Sharma said that he learned the tricks of the trade from the World Cup-winning captain MS Dhoni. 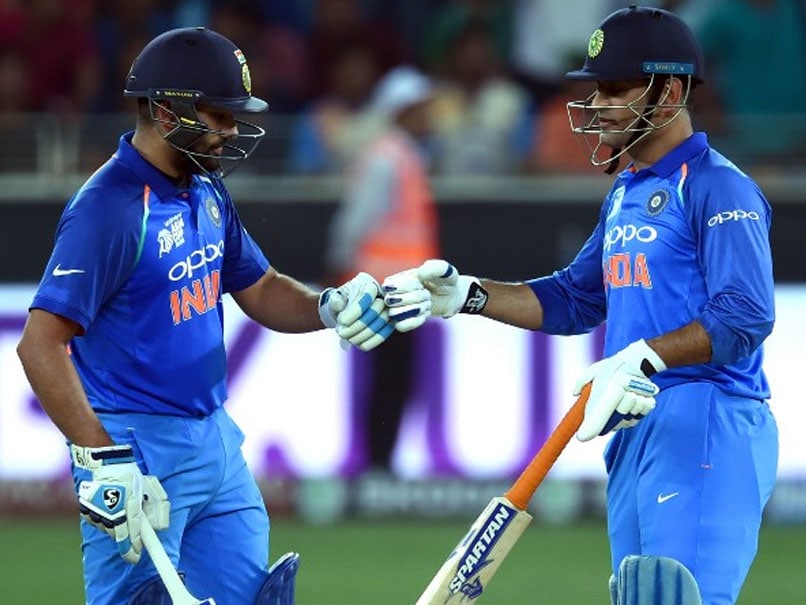 Rohit Sharma said that he learned the tricks of captaincy from MS Dhoni.© AFP

Rohit Sharma led India to their seventh Asia Cup title on Friday in Dubai. Playing Bangladesh in the final, India survived a scare to clinch a pulsating three-wicket victory on the last ball of the match. India maintained their unbeaten streak in the recently-concluded six-nation tournament. Rohit said that he learned the tricks of the trade from the World Cup-winning captain MS Dhoni. In a post-match conference, Rohit said that when it comes to calmness and taking decisions his style of captaincy is similar to that of Dhoni.

"Whatever I have seen of him (Dhoni) leading the side for all these years, he never panicked, took time while taking decisions. There are those similarities in me too," Rohit said in a post-match conference.

"I also try to first think and then react. Yes, 50-over gives you time but still you need to take time as well. I have learned this from seeing him (Dhoni), we have played for so many years under his captaincy," Rohit further added.

Impressed with the captaincy, coach Ravi Shastri said Rohit was a calming influence and it reflected in his captaincy.

"Rohit was a calming influence and it showed in his captaincy. To keep his intensity going even after the start they (Bangladesh) had shown he was really cool in every aspect of captaincy," Shastri said.

The coach said India's biggest gain from the Asia Cup was the high standards of fielding the players have displayed all throughout the tournament.

"I liked the intensity with which we played, we were a bit flat against Hong Kong in the first match, but pulled up afterward. The biggest plus was the fielding, game after game, we saved around 30-35 runs in these oppressive conditions," Shastri observed.

Shastri also credited the bowlers for their spirited performance throughout the tournament.

"We took wickets consistently and during the middle-overs, the bowlers were outstanding, we bowled well with the new ball in tough conditions and then the spinners came to the party," Shastri remarked.