Rohit Sharma praised his players for handling the pressure well. 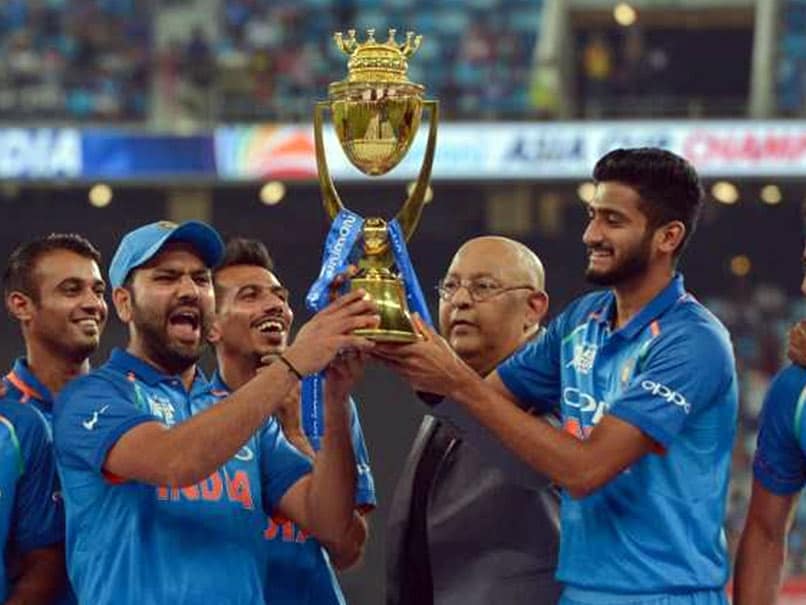 "I have been part of games like this before and credit to the guys in the middle to handle the pressure and to cross the finishing line was a fantastic effort," he added.

India made heavy weather of a modest 223-run target as Bangladesh fought for every run before the title holders achieved victory off the last ball watched by a capacity crowd at Dubai stadium.

Das held the innings together during his 117-ball 121 which featured a dozen boundaries and two sixes but Bangladesh, who were put into bat, were all out in 48.3 overs despite a solid opening stand of 120 with Mehidy Hasan.

With their settled opening pair of Rohit Sharma and Shikhar Dhawan, India were expected to run away with victory, like they did in the previous matches but Bangladesh were not ready to give up without a fight.

Rohit also praised Bangladesh for their fighting spirit in a do-or-die contest.

"You have to give some credit to Bangladesh. They put us under pressure in the first 10 overs," said the 31-year-old right hander.

"It wouldn't be easy if we didn't have the support of the remaining 10 players, so I am really proud of the boys," the India skipper said praising his teammates.

On the other hand, commenting on the match, Bangladesh skipper Mashrafe Mortaza said, "We bowled really well, particularly if we made 240+. We asked the batsmen to make at least 260, but at the end of the day the bowlers did really well."

"I wanted to bowl the quicks first, because I wanted to restrict the runs since they were going after us and trying to play shots at that stage," he added.

Mashrafe Mortaza Asia Cup 2018 Cricket India vs Bangladesh, Final
Get the latest updates on ICC Women's Cricket World Cup 2022 and IPL 2022, check out the Schedule , Live Score and IPL Points Table. Like us on Facebook or follow us on Twitter for more sports updates. You can also download the NDTV Cricket app for Android or iOS.