MS Dhoni was given out LBW on 8 runs off Javed Ahmadi, however, the replay showed that the ball was missing the leg stump. 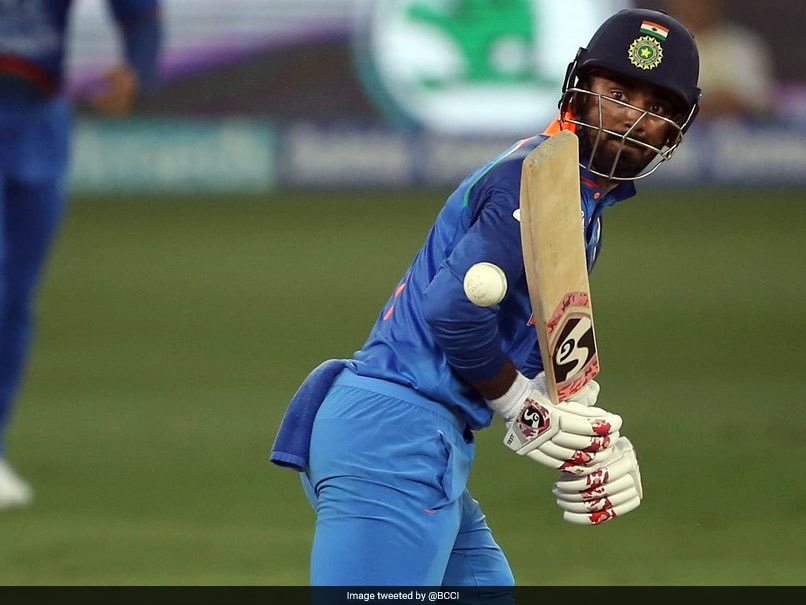 The India-Afghanistan Super Four match came to a nail-biting finish, ending up in a draw.© Twitter

Team India opener KL Rahul, who opted unsuccessfully for the Decision Review System (DRS) against Afghanistan in the final Super Four fixture of the ongoing Asia Cup, accepted that he should not have taken the review after he was given out LBW in the 21st over. The opener, who looked to go for the reverse sweep against Afghanistan spinner Rashid Khan, missed the ball completely. "It's very tricky when you have just one review with you. Obviously, looking back at it, I felt like I shouldn't have taken the review but at that time, in the middle, I felt like maybe I was struck outside and I wanted to take that chance," Rahul said at the post-match press conference.

"Sometimes you can sit back here and review the review you took. We learn with it. The shot I played, the review that I took, I'll have to go back and maybe if it happens again I'll be in a better position to know. I don't think we crumbled. When the ball starts slowing and spinning like that, it is hard for middle order batsmen to come in and get the runs going. I think DK (Dinesh Karthik) played really well and in the end, Jadeja and Deepak put up a decent fight," he added.

MS Dhoni, who was playing his 200th ODI as a captain, got out LBW on 8 runs off Javed Ahmadi. However, the replay showed that the ball was missing the leg stump. But Dhoni could not ask for a review since it had already been used up.

Although KL Rahul scored a fighting 60 off 66 balls, Indian fans were in no mood to spare the 26-year-old. He was mercilessly criticised on Twitter for his bad decision.

Legends take review to save themselves :;)

??No Sound On Ultra Edge
??Was Missing The Stumps

KL Rahul used the review when India was in a commanding position and he didn't seem confident. So considering the match situation even if he didn't use his review India were in a good position. But once the review is wasted then you lose the right to criticize the umpire.

KL Rahul played a fancy reverse sweep exposing middle &Leg stumps,knowing that he was out wasted the review,as no reviews left Dhoni & Karthik both had to pay for POOR UMPIRING,
Rayadu also thrown his wicket when he was set.
DISAPPOINTING !
Jadeja Rashid Dhoni Asia Cup #INDvAFG, pic.twitter.com/BoqmfXkP3O

Dinesh Karthik also got a rough call too after he was sent back for 44 runs after a wrong decision from the umpire.

The India-Afghanistan Super Four match came to a nail-biting finish, ending up in a draw.

Needing just seven runs off the final over, the Indian team scored six runs off the first four balls to level the score. But on the fifth ball, Khan got the better of Indian all-rounder Ravindra Jadeja and bowled the Men in Blue for 252.

India have already booked their place in the finals of the tournament, while Afghanistan were eliminated after losing their last match against Bangladesh.

India will face either Pakistan or Bangladesh in the final of the Asia Cup on Friday.

MS Dhoni Asia Cup 2018 Cricket India vs Afghanistan, Super Four - Match 5
Get the latest updates on Fifa Worldcup 2022 and check out  Fifa World Cup Schedule, Stats and Live Cricket Score. Like us on Facebook or follow us on Twitter for more sports updates. You can also download the NDTV Cricket app for Android or iOS.