Tim Paine used Australia's last review on a dubious lbw shout against No.11 Jack Leach, when the ball clearly pitched outside leg stump. 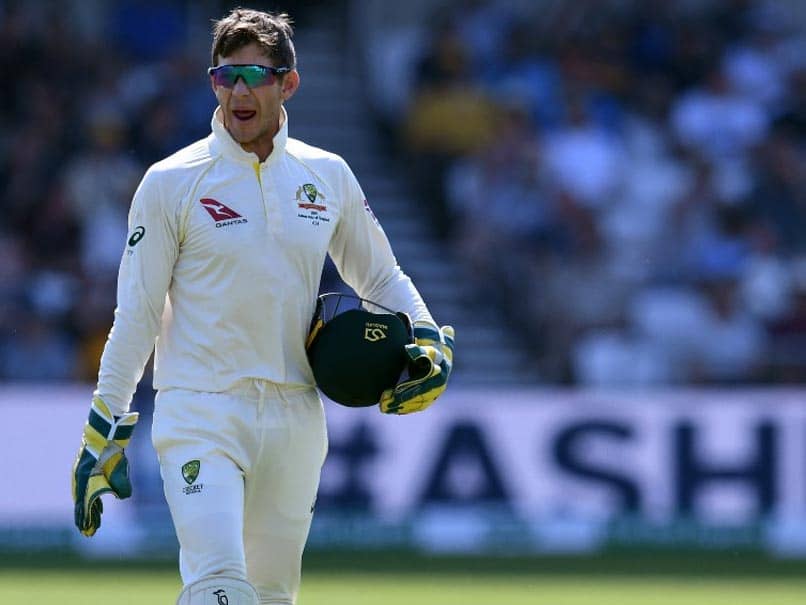 Tim Paine came under fire from former Australia cricketers for wasting a review in the 3rd Ashes Test.© AFP

It was a case of so near and yet so far for Australia as Ben Stokes pulled off a miracle to deny the visitors the coveted urn and give hosts a series levelling win. However, things could have been very different for Australia if not for a shocking DRS call by captain Tim Paine, which later returned to haunt him and his team. Former Australia captain Ian Chappell said Paine "lost his brain" in the final hour while another ex-Australian skipper Mark Taylor, now a pundit, was also bemused, saying the wicketkeeper used his reviews "frivolously", while former wicketkeeping great Ian Healy said he "burnt a review stupidly" and it cost Australia the match.

It seemed Australia had the Ashes in the bag after England were reduced to 286-9. However, in undoubtedly one of the greatest innings ever seen in 142 years of Test history, Ben Stokes upped the tempo in a five-and-a-half hour stay of 219 balls, including 11 fours and eight sixes, that saw him finish on 135 not out as England squared the five-match series at 1-1.

Australia had themselves to blame with errors at crucial junctures costing them dear.

West Indian umpire Joel Wilson turned down a massive lbw appeal against Stokes from Nathan Lyon as the game edged to a climax. Replays showed he should have been out, but Australia had no reviews left.

That's because Paine used their last one on a dubious lbw shout against No.11 Jack Leach, when the ball clearly pitched outside leg stump.

Chappell said Paine appeared to be flustered in the heat of the battle.

"When Leach got hit on the pad, clearly not out, by any stretch of the imagination, and the Australian's reviewed it?" Chappell said on the website of broadcaster Channel Nine, which was covering the Test.

"That was the moment the situation got to them, and Tim Paine lost his brain. Everyone knows it's way outside leg. Why would they go through with it (the review)?"

Paine admitted after the defeat that he had "got every review wrong so far" and said he planned to put someone else in charge of the decisions in future.

While sections of the Australian media turned on Paine, there was also widespread praise for Stokes' incredible innings and the quality of cricket in what has been a riveting Test series.

"We can all die happy now -– cricket doesn't get any better than this," wrote Sydney Morning Herald columnist Greg Baum, while The Australian's Gideon Haigh added: "Nobody involved in this Test could feel anything other than honoured to have been part of it."

"Ben Stokes began his incredible, match-winning knock a modern-day Geoffrey Boycott, and ended it looking like Adam Gilchrist," it said. "Few Test innings have, or will, match it for guts, glamour and glory."

Ben Stokes Ian Healy The Ashes 2019 Cricket
Get the latest updates on IPL 2021, IPL Points Table , IPL Schedule 2021 , live score . Like us on Facebook or follow us on Twitter for more sports updates. You can also download the NDTV Cricket app for Android or iOS.