If Australia avoid defeat in the 5th Test, Tim Paine will join the list of Australia captains who have led the team to an Ashes series win in England. 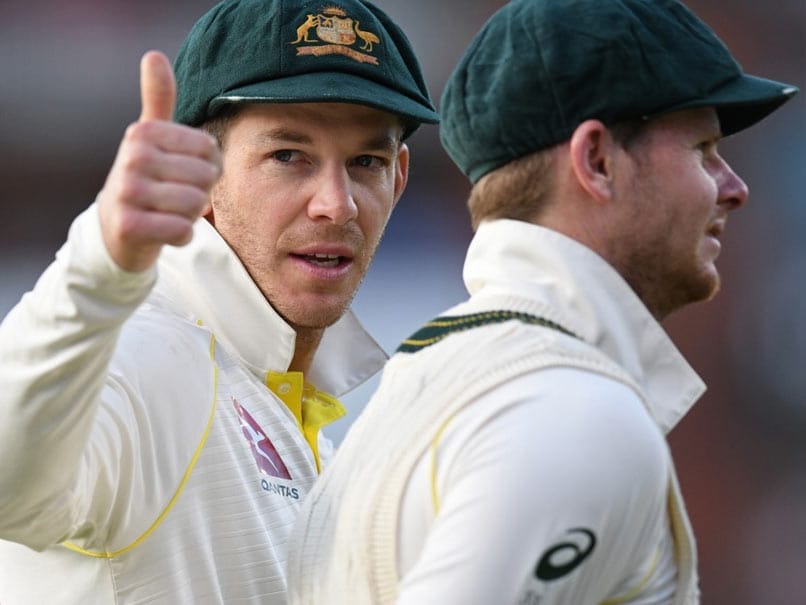 Tim Paine took over the captaincy following the ball-tampering scandal in Cape Town in March 2018.© AFP

Greg Chappell could not do it, while Ricky Ponting and Michael Clarke, who had both had two attempts each, were unable to manage it either. But if his side avoid defeat in the fifth Test against England at The Oval starting Thursday, Tim Paine will join the list of Australia captains who have led the team to an Ashes series win in England. It is a feat no Australia captain has achieved since Steve Waugh oversaw a 4-1 success 18 years ago. Waugh, like Chappell, Ponting and Clarke, is one of Australia's greatest cricketers.

No one, least of all wicketkeeper Paine himself, would suggest he is in that class and the way in which he inherited the captaincy was highly unusual.

Traditionally, Australia have picked their best 11 players first and then opted for one of them as captain, while in England, where there has long been an emphasis on 'leadership qualities', the tendency has been to select the skipper first and then find 10 others to join him.

Following the ball-tampering scandal in Cape Town in March 2018 that saw Steve Smith stripped of the captaincy and David Warner removed from the post of vice-captain -- with both batsmen subsequently given 12-month bans by Cricket Australia -- officials needed someone uncontaminated by the incident to lead the team and turned to Paine the morning after 'Sandpapergate'.

Paine, who had made his Australia debut in a Test against Pakistan at Lord's in 2010, had been on the brink of retiring from cricket in 2017 and taking up a job with an equipment manufacturer instead.

But having forced his way back into the side, the Tasmanian found himself thrust into the captaincy barely a year later.

Ever since becoming skipper, Paine has face accusations that he is both an "accidental" skipper and not worth his place in the side.

But having shown dignity after a dramatic one-wicket loss in the third Test at Headingley, Paine had the satisfaction of leading the team to an 185-run win at Old Trafford on Sunday that ensured they retained the Ashes at 2-1 up with just one to play.

Much of the credit will go to Smith, who has so far scored 671 runs at 134.20 with three hundreds, including 211 at Old Trafford, in his first series since his ban.

"He is just a genius and I never had any doubt he would come back and be the player he was," said Paine, who made his Test debut in the same match as Smith.

"The scary thing is he's getting better. I don't know where it is going to stop but we are enjoying being on the ride, that is for sure."

Just as Smith is the world's top-ranked Test batsman, Australia spearhead Pat Cummins is at the summit of the corresponding bowling rankings.

Most captains are only as good as their players, but Paine contributed to victory in Manchester by ending a run of low scores with a valuable first-innings 58.

"In terms of what we've been able to achieve as a group is pretty satisfying from where we've come from in the last 18 months," said Paine.

"Great character, shows the great people we have got and shows we've also got some bloody good cricketers in our team.

"Also from where we've come from, even from last week (the defeat at Headingley). That was a loss that would break a lot of teams but we weren't."

As for personal satisfaction, the 34-year-old Paine added: "My dream was to come here and win an Ashes. I certainly didn't want to be the captain winning the Ashes.

"I am just happy to be a part of it. I could have been working at Kookaburra so this isn't bad."

Michael Clarke Ricky Ponting Steve Waugh The Ashes 2019 Cricket
Get the latest updates on SA vs IND 2021-22, check out the Schedule and Live Score . Like us on Facebook or follow us on Twitter for more sports updates. You can also download the NDTV Cricket app for Android or iOS.