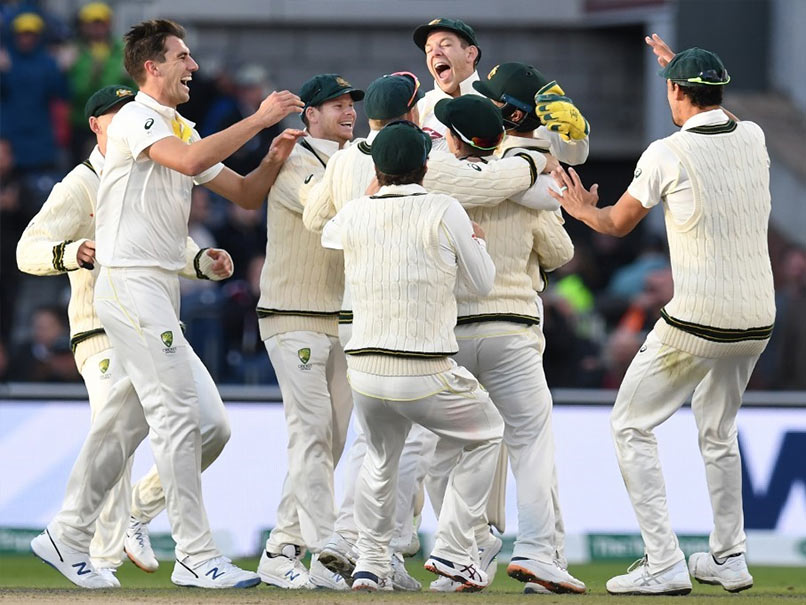 England Vs Australia Highlights: Australia retain the Ashes as they beat England in Manchester.© AFP

Australia have retained the Ashes as they beat England by 185 runs in Manchester on Sunday. With the win, Australia, now lead the five-match series, 2-1.  Pat Cummins took four wickets, including England captain Joe Root for a golden duck to help Australia take an unassailable lead. England started the fifth day at 18/2, still needing a further 365 runs on Sunday's last day to reach a target of 383. England's Jack Leach, at one stage looked to salvage a draw for the hosts but Marnus Labuschagne managed to get one to grip and bounce and got his first of the series to end Leach's courageous effort. Josh Hazlewood then, removed Craig Overton as England were bundled out for 197. The fifth and final Test will be played in London at Kennington Oval, starting from September 12. (Scorecard)

Old Trafford, Manchester The Ashes 2019 Cricket England vs Australia, 4th Test Live Score Live Cricket Score Live Blogs
Get the latest updates on ICC Women's Cricket World Cup 2022 and IPL 2022, check out the Schedule , Live Score and IPL Points Table. Like us on Facebook or follow us on Twitter for more sports updates. You can also download the NDTV Cricket app for Android or iOS.