Shane Warne picked India and hosts England as the favorites to lift the World Cup. 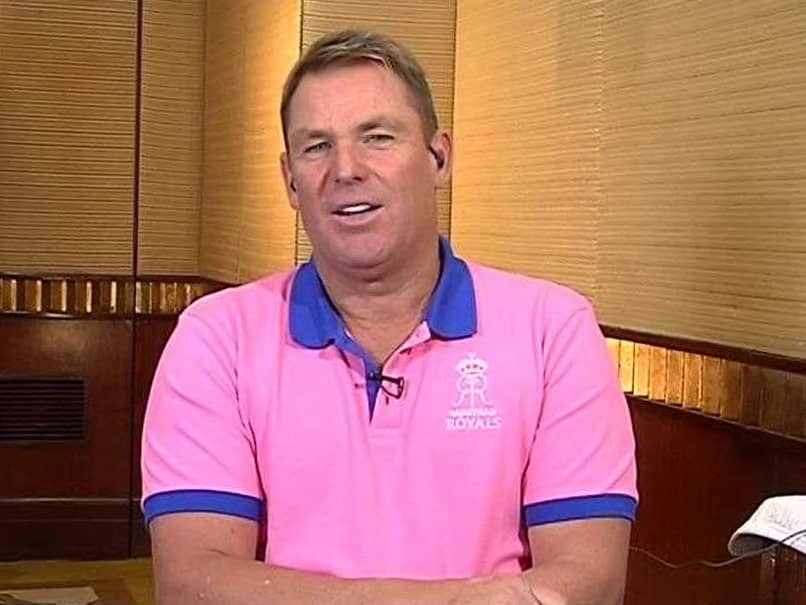 Virat Kohli might not be the best captain in the world in terms of tactics but he certainly is the best leader of men, Shane Warne told NDTV in an exclusive chat on Sunday. The Australian legend picked Tim Paine and Kane Williamson as the two best tactical captains, saying that there was a difference between "captaincy, tactics and the leader of the team". Warne said he was a big fan of Kohli and that the Indian skipper is great for the game. Meanwhile, the spin maestro also had his say on the World Cup 2019, picking India and hosts England as the two favourites.

"I think he is the best leader of the team at the moment. There is a difference between captaincy, tactics and the leader of the team. I am a huge Virat Kohli fan. I think he is great for the game of cricket. He leads his team so well. Tactically it's very hard to split. I think Tim Paine, Kane Williamson from New Zealand are very good tactically as well. So I think it's very hard to say if there are any standout captains but I would say the best leader of men at the moment is definitely Virat Kohli," Warne told NDTV.

Warne also talked about MS Dhoni's role in the team, saying that India need the experience of the 37-year-old at the World Cup.

"MS Dhoni for me is in the side. For me, he can bat at number four, five, six depending on any situation. So he is definitely the wicket-keeper for me in the team. You need that experience in the squad to win a World Cup. You need your big players to perform well and if India are going to win the World Cup they need Virat Kohli, Rohit Sharma, and MS Dhoni to perform as well as guys like Bhuvi (Bhuvneshwar Kumar) and (Jasprit) Bumrah need to perform really well, " Warne added.

Warne picked India and hosts England as the favourites to win the World Cup but at the same time talked up Australia's chances.

"I think India and England are the two favourites. So I think those two teams will make it. I think Australia, if the selectors pick the right team, I think with (Steve) Smith and (David) Warner back in the team who have a lot to prove, they will be hungry and very very determined along with the guys like (Marcus) Stoinis, D'Arcy Short, Shaun Marsh, (Mitchell) Starc, (Pat) Cummins, (Glenn) Maxwell. They have got a team that could win the World Cup and surprise a lot of people. Australia will make the last four," Warne said.

Warne also backed Rajasthan Royals (RR) to do well and spoke about the team's decision to wear a pink jersey this season.

"Rajasthan Royals joined a cancer organisation last year and played a game in pink and made awareness for that and had an unbelievable feedback. It has been 10 years, we thought it's time for a change for Rajasthan Royals and we are deciding to wear pink this year," Warne said.

Warne heaped praise on young Sanju Samson, backing the youngster to become the player of the tournament.

"I am a huge fan of Sanju Samson. I'll be disappointed if I don't see him play for India in all the three formats. He is so good, best young player I have seen from any country. I think he will be player of the series this IPL. Bringing back Jaydev (Unadkat) was a good call. Shreyas Gopal and Krishnappa Gowtham go about the way they bowl the leg-spin and off-spin they have.

"The variety in top-order batsmen: (Ajinkya) Rahane, (Rahul) Tripathi, (Jos) Buttler, (Sanju) Samson, (Steve) Smith, (Ben) Stokes, it is as good as in any franchise there is. So there is no reason RR can make finals this year," Warne said.

Australia Cricket Team Cricket World Cup 2019
Get the latest updates on IPL 2021, IPL Points Table , IPL Schedule 2021 , live score . Like us on Facebook or follow us on Twitter for more sports updates. You can also download the NDTV Cricket app for Android or iOS.