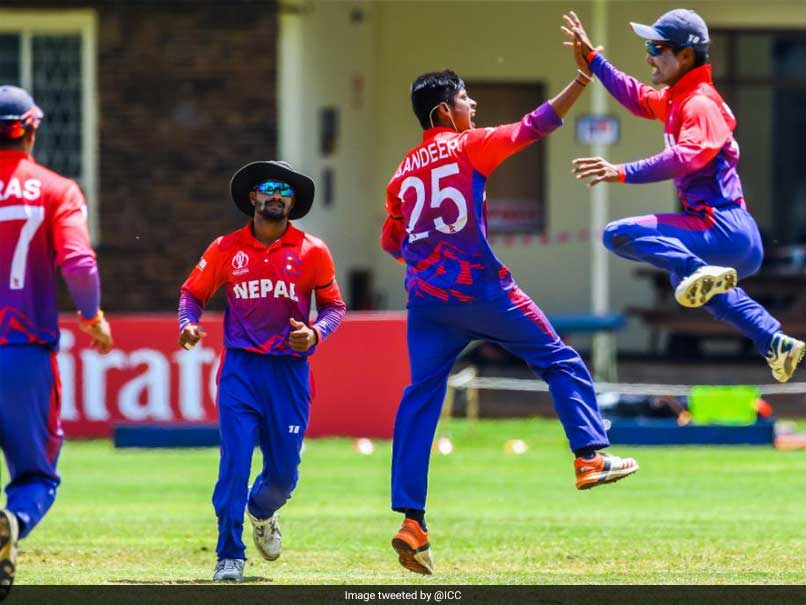 Nepal are ranked 15th in the ICC rankings for ODIs.© Twitter

Sandeep Lamichhane, the 18-year-old leg-spinner from Nepal, wants the ICC Cricket World Cup to be at least a 16-team event. Lamichhane is Nepal's most successful cricketer and in 2018 became the first cricketer from his nation to get an IPL contract with Delhi Capitals (then Delhi Daredevils). The upcoming World Cup 2019 that is to be played in England and Wales is going to be a 10-team tournament where the top ten ranked teams by the International Cricket Council (ICC) will play each other in a round-robin format.

"Sorry to say but a 10-teamWorld Cup will hurt a lot of players like me who will not be a part of it," the Delhi Capitals player told AFP in an interview.

Lamichhane added: "World Cup comes after every four years and teams can achieve their biggest dreams there. We are an emerging nation and this is something we would love to play for our country.

Lamichhane, who has a blond streak in his dark hair and earrings in both ears, has drawn comparisons with his hero, the flamboyant Australian great Shane Warne, for his bowling style and ability to generate wicked turn.

The confident teenager is the poster boy for the rise of cricket in mountainous Nepal, which gained one-day international status last year but remains a long way from contesting a World Cup.

In the ongoingIPL 2019, Lamichhane has bagged five wickets in four IPL matches, with the Capitals often using him as a new-ball bowler on spin-friendly Indian wickets.

"There is no doubt that IPL is the biggest league in the world. You get to see players who play spin really well and we get to perform against players who are the world's best batsmen," he said.

Nepal Sandeep Lamichhane Cricket World Cup 2019
Get the latest updates on T20 World Cup, check out the T20 World Cup Schedule and Live Score . Like us on Facebook or follow us on Twitter for more sports updates. You can also download the NDTV Cricket app for Android or iOS.