Sachin Tendulkar was not convinced with the tie-breaker rule which suggests the team with most boundary count wins the match. 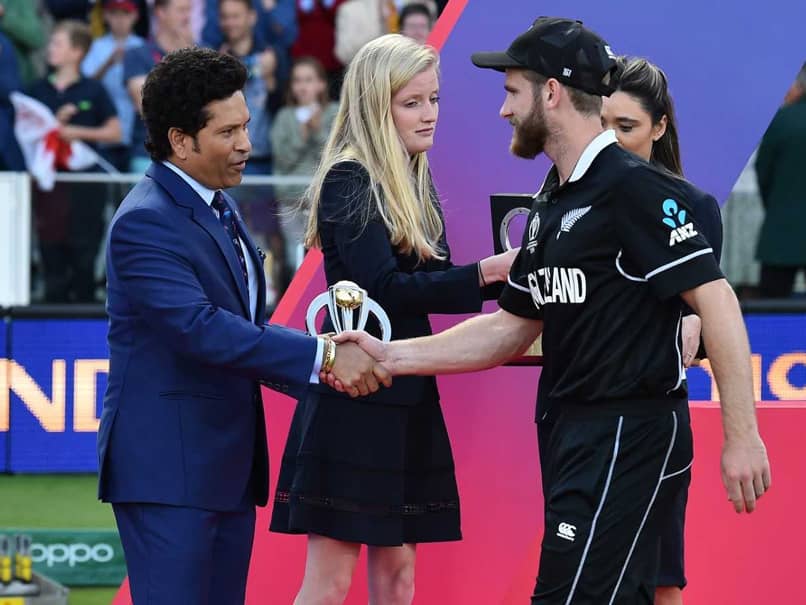 Sachin Tendulkar, a part of India's 2011 World Cup winning team, was not convinced with the tie-breaker rule which suggests the team with more boundary count after a Super Over should be considered as winner, and suggested an alternative for it. Sachin Tendulkar suggested, in case of a tie in the Super Over, there should be another Super Over shootout to decide the winner. The 46-year-old also added the rule should not be limited to a World Cup final but every game to find a winner.

"I feel there should be another Super Over to decide the winner, instead of considering the number of boundaries scored by both teams. Not just in a World Cup final. Every game is important. Like in football, when teams go into extra time, nothing else matters," Tendulkar said.

Rohit asked for a revision in the rule, tweeting: "Some rules in cricket definitely needs a serious look in."

The Man Of The Tournament in 2011 edition of the World Cup, Yuvraj Singh was also upset with New Zealand's defeat.

"I don't agree with that rule! But rules are rules congratulations to England on finally winning the World Cup, my heart goes out for the Kiwis they fought till the end. Great game an epic final!!!!," Yuvraj tweeted.

It was the first time in a World Cup final that the match was decided on the basis of the boundary count tie-breaker rule.