Rohit Sharma posted a split picture of Thursday's dismissal on Twitter to indicate that there was gap between bat and the ball. 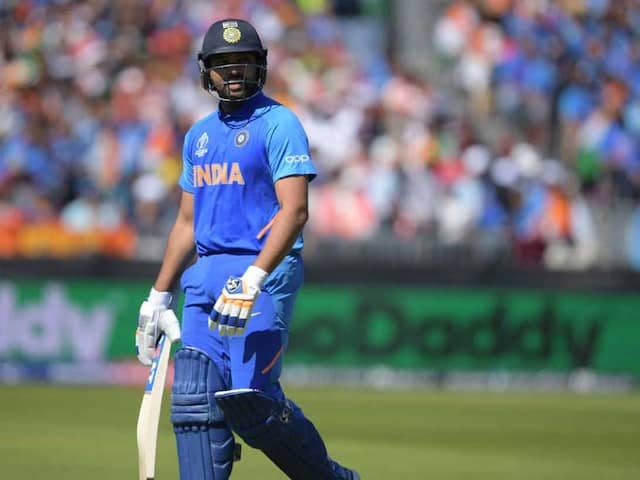 Rohit Sharma, who left the field unhappy after the TV umpire Michael Gough overturned the on-field decision and declared him out, has finally reacted to the his controversial decision against the West Indies on Thursday. The Indian opener posted a split picture of his yesterday's dismissal on Twitter to suggest that there was a gap between bat and ball. Along with the picture, Rohit also used two emojis to register his unhappiness.

Rohit was batting on 18 when he was beaten by an in-swinging delivery from Kemar Roach during India's last World Cup 2019 match. The on-field umpire gave him not out, but the West Indies went for a review. The replay showed a spike when the ball passed both bat and pad at the same time but the TV umpire Michael Gough overturned the decision.

Fans and experts were of the opinion that even after watching replay from every possible angle, there was no clear evidence to overturn the decision, especially when the on-field decision was in batsman's favour.

India will next play England on Sunday at Edgbaston in Birmingham. A win against the hosts will confirm their entry into semi-finals of marquee event.

Old Trafford, Manchester World Cup 2019 Cricket West Indies vs India, Match 34
Get the latest Cricket news, check out the India cricket schedule, Cricket live score . Like us on Facebook or follow us on Twitter for more sports updates. You can also download the NDTV Cricket app for Android or iOS.