Kane Williamson, instead of questioning the rules, congratulated opposition England and hailed their campaign. 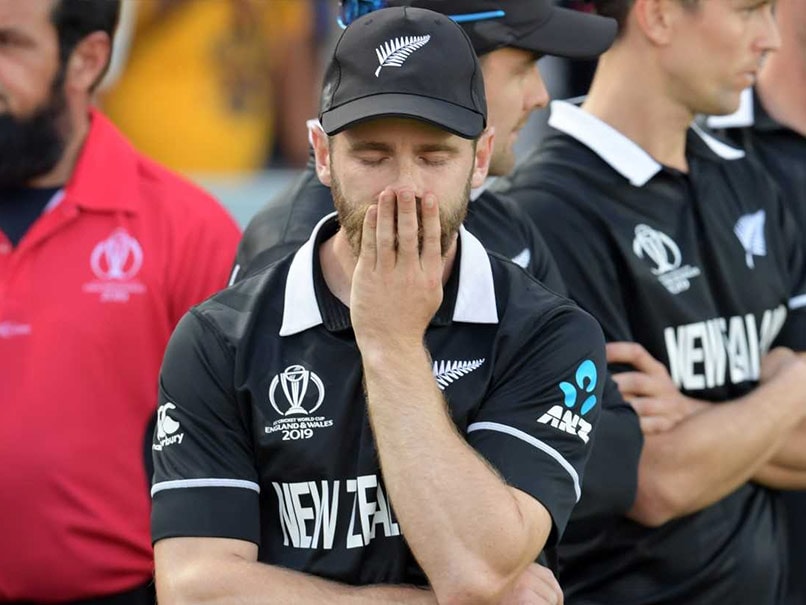 Kane Williamson's calm and composed reaction to the loss won him praise from across the world.© AFP

The New Zealand cricket team, for the second time in a row, missed out on World Cup title. Last time when they lost in the final, it was a one-sided affair whereas this time around they did almost everything right and yet lost the match despite scoring exact number of runs -- not once but twice. The manner in which New Zealand fell agonisingly short in summit clash with England would have been enough to infuriate any captain but current skipper Kane Williamson, instead of questioning the rules, congratulated the opposition and hailed their campaign. Williamson's calm and composed reaction to the loss won him praise from across the world, including that of Team India head coach Ravi Shastri who was mighty impressed with Williamson's "composure and dignity".

Heaping praise on Williamson, Shastri tweeted, "Your composure and dignity viewing the sequence of events was remarkable".

Your composure and dignity viewing the sequence of events was remarkable. Your dignified grace and silence 48 hours since is simply remarkable. We know you have one hand on that WC. You not just Kane. You Kane and Able. God bless. #CWC19 pic.twitter.com/cLS4cabttu

Shastri was also impressed with the grace with which Williamson accepted the defeat and didn't create any controversy by raising fingers at anyone.

"Your dignified grace and silence 48 hours since is simply remarkable. We know you have one hand on that WC. You not just Kane. You Kane and Able. God bless," Shastri wrote in his tweet.

Not just that, the way Kane Williamson reacted to end the overthrow controversy also won many hearts.

"I actually wasn't aware of the finer rule at that point in time, obviously you trust in the umpires and what they do. I guess you throw that in the mix of a few hundred other things that may have been different," Williamson said.

England were crowned champions due to the superior boundary count after both 50-over match and Super Over ended in a tie.

Williamson, once again, maintained his composure while answering whether the boundary count rule is fair to determine winner in such a close game.

Responding to the question he said, "I never thought I would have to answer this. It's pretty hard to swallow when two teams have worked really hard to reach this point. It's what it is, the rules were there at the start, no one thought it would come down to this."

After the match while many criticised the ICC rule, Williamson remained calm throughout and respected the result.

"At the end of the day nothing separated us, no one lost the final, but there was a crowned winner and there it is," Williamson said.

Lord's, London Cricket World Cup 2019
Get the latest updates on ICC Women's Cricket World Cup 2022 and IPL 2022, check out the Schedule , Live Score and IPL Points Table. Like us on Facebook or follow us on Twitter for more sports updates. You can also download the NDTV Cricket app for Android or iOS.