England were crowned world champions despite the Super Over ended in a tie. 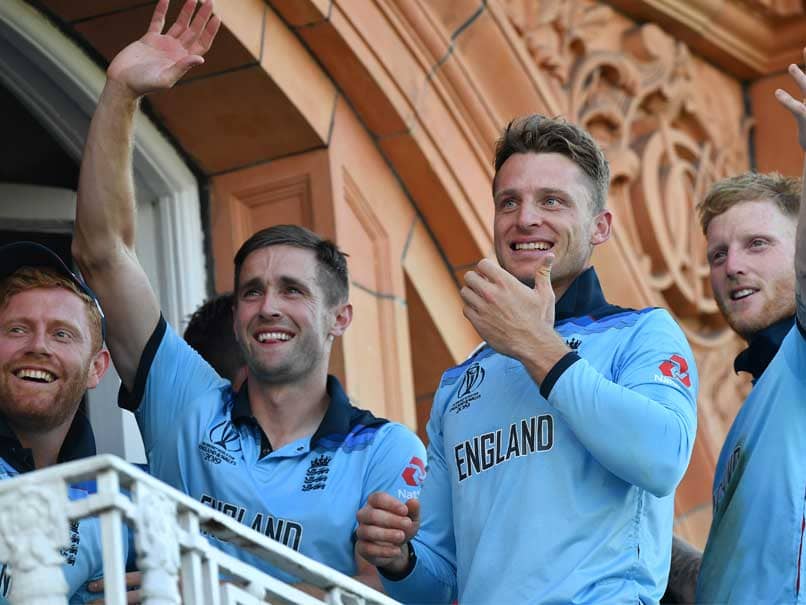 England defeated New Zealand in the World Cup 2019 final on Sunday to clinch their maiden World Cup title. The match was filled with drama as both team finished on the same score after the 100 overs were bowled. As per the ICC rules, the winner was to be decided in a Super Over but even the super over ended in a tie as Martin Guptill was run out of the final ball. According to the rules for an ICC tournament, if the scores are level even in the Super Over, the winner will be decided on the basis of which team has hit most number of boundaries. England were crowned as the world champions as they struck more boundaries during the course of the match.

A World Cup final has just been tied off 50 overs, tied off the Super Over, and decided by superior boundary count.

Earlier in the day, opting to bat, New Zealand once again put up a modest batting performance under overcast conditions to post 241 for eight against a quality England pace attack that kept on asking probing questions. In reply, appearing in their fourth tournament final, England ended at the same score leading to the one-over eliminator at the Lord's.

In the Super Over, England batted first and the duo of Ben Stokes, who kept the hosts in the game with a brilliant 84 off 98 balls, and Jos Buttler made 15, and New Zealand also ended at the same score but for the loss of one wicket, paving the way for an English victory on boundary count. In the 50-over contest, England hit 24 boundaries while New Zealand had 16. And, in the Super Over, the home team blasted two fours, and Kane Williamson's team hit a six.

This was after Colin de Grandhomme produced the most economical 10-over spell in a World Cup final since Derek Pringle's 3/22 in 1992, finishing with figures of 1/21, while the Lockie Ferguson and Jimmy Neesham chipped in with three wickets each. Earlier, Henry Nicholls (55 off 77 balls) and skipper Kane Williamson (30 off 53) added 74 runs for the second wicket after a fabulous first spell from Chris Woakes (3/37 in 9 overs) and Jofra Archer (1/42 in 10 overs) on a helpful Lord's track.

During his stay in the middle, Williamson also became the captain with most number of runs in a single World Cup, breaking the 12-year-old record of former Sri Lanka skipper Mahela Jayawardene who had amassed 548 runs in the 2007 edition.

While Woakes had the best figures statistically, it was the tall Liam Plunkett (3/42 in 10 overs), who used the cross-seam variations effectively to stop the Black Caps on their tracks In their chase, England lost Jason Roy for a 17 and then saw Joe Root (7) and Jonny Bairstow (36) getting dismissed to leave the hosts reeling at 71 for three in the 20th over.

It became worse when Lockie Ferguson took a brilliant diving catch running in from the deep to send back skipper Eoin Morgan (9) as England slipped to 86 for four in the 24th over.

New Zealand Cricket Team World Cup 2019 Cricket New Zealand vs England, Final
Get the latest updates on IPL 2020, check out the IPL Schedule for 2020 and Indian Premier League (IPL) Cricket live score . Like us on Facebook or follow us on Twitter for more sports updates. You can also download the NDTV Cricket app for Android or iOS.
Advertisement