Before Friday's match, Sri Lanka had a very indifferent tournament as they had lost all their matches barring one against minnows Afghanistan. 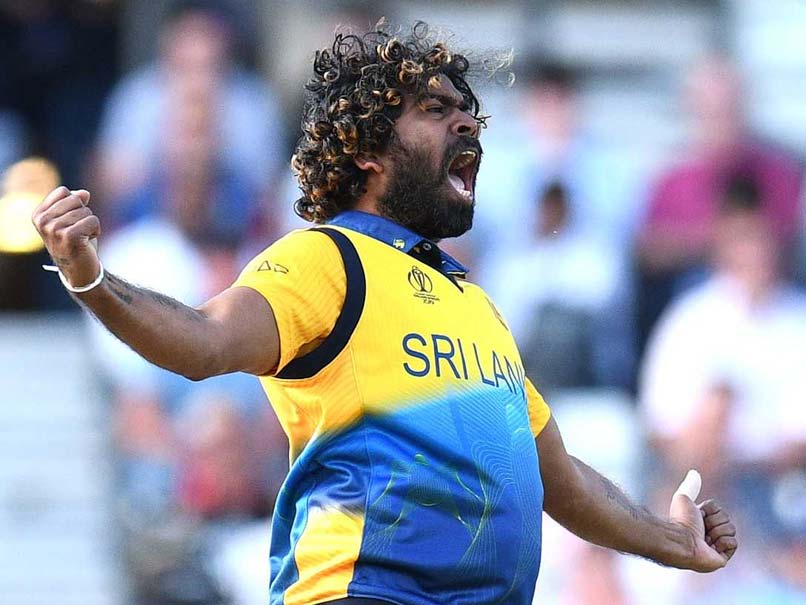 Lasith Malinga, who received a lot of flak for his nonathletic body after his side's poor run in the ongoing World Cup 2019, starred for Sri Lanka picking up four key wickets to help his side earn a famous victory over World Cup 2019 hosts England by 20 runs in Leeds on Friday. After Malinga's match-winning performance, Mahela Jayawardene praised the veteran for his ability to step up in big games in a unique manner.

The former Sri Lanka skipper used Malinga's viral picture from the last week when he was photographed with his shirt off exposing a portly belly to highlight that it's not six-packs but skills which guarantee success.

Well bowled Mali!!! Thought i would share the most talked about picture last week for all you fans..

Before Friday's match, Sri Lanka had a very indifferent tournament as they had lost all their matches barring one against minnows Afghanistan which led many to question team's lack of competitiveness due to decreasing fitness.

"It's not about the six pack, it's about the skill and Lasith Malinga showed that in spades in Sri Lanka's win over England," Jayawardene wrote in his column for the International Cricket Council.

"He has done it so many times for Sri Lanka over the years but it was great to see him at his best. He was on a mission with the new ball.

"Big players perform in big games and that is what he did, removing Root and then Jos Buttler who could have won the game for England as well."

Coming into the game as underdogs, Dimuth Karunaratne's side blew open the race for semi-final places with their unexpected victory and Jayawardene said that is good for the tournament.

England, bidding to win the World Cup for the first time, suffered their second defeat of the group stage following an equally surprising loss to Pakistan.

"It's a great win for Sri Lanka, but also for the World Cup and it opens things up a little," said Jayawardene.

"The top four so far have a lot of matches against each other coming up, so they will inevitably drop some points.

"You look at New Zealand, Australia and England who all have to play each other which does make it interesting.

"That leaves Bangladesh, Sri Lanka and the West Indies with a chance to close the gap if they can pick up a few more wins."

Sri Lanka, the 1996 champions, are fifth in the 10-team table, as they hunt a top four finish.

Headingley, Leeds World Cup 2019 Cricket England vs Sri Lanka, Match 27
Get the latest updates on ICC T20 Worldcup 2022 and CWG 2022 check out the Schedule, Live Score and Medals Tally. Like us on Facebook or follow us on Twitter for more sports updates. You can also download the NDTV Cricket app for Android or iOS.