Mohammad Kaif said that number of matches played by these players should be considered as a factor to be selected in India's World Cup squad. 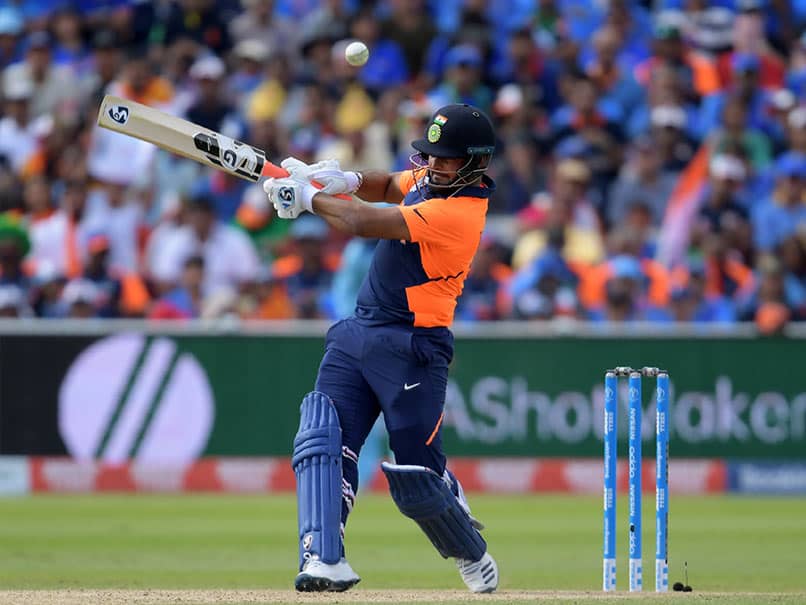 Rishabh Pant had only played 5 ODIs prior to making his World Cup debut.© AFP

After Mayank Agarwal replaced all-rounder Vijay Shankar in the India's World Cup 2019 squad, people started questioning how an all-rounder could be replaced with an opening batsman. Earlier, the same question was asked when Rishabh Pant, who is a wicketkeeper-bastman, replaced opener Shikhar Dhawan. Mohammad Kaif, who was a part of India's 2003 World Cup team, has questioned their inclusion in the squad. Kaif said that number of matches played by the players should be considered as a factor to be selected in India's World Cup squad. He pointed towards their lack of experience at the international level, especially in white-ball cricket.

"The only problem I have with players is that I need to see how many matches they have been playing regularly. Whether they are in touch or not," Kaif told ANI on the sidelines of Major League Baseball event in New Delhi.

Mayank Agarwal is yet to make his One-day International (ODI) debut while Rishabh Pant had only played five ODIs prior to making his World Cup debut against England on Sunday.

Kaif further said Pant is not used to the handling the pressure at the ongoing marquee event in the UK.

"Same thing with Rishabh Pant. Of course, he had some practice session but the only factor is that he is not in touch of the condition so much and handling the pressure," Kaif said.

India's unbeaten winning streak at the ongoing tournament ended as they fell 31 runs short of England's mighty target of 338.

The former batsman, however, came out in support of the team, saying India fought well and they just had a bad day. He also praised England for playing really well in their must-win match.

"India played well. They just lost one game so it's not a big deal. Any team can lose one game. They've been playing well. If you talk about batsman, chasing 338 is a big task. It's not happened in the World Cup so far. India just had a bad day. England played really well. There was a saying they are tournament favourites," Kaif remarked.

Kaif said that the national team is balanced and players are in form. He also stressed that injury cannot be helped but India have got back up players who can do the job well.

"We have a balanced side and players are in form. There are just a few areas where India need to work on. There have been injury concerns like Bhuvneshwar Kumar, Vijay Shankar is out. Injury cannot be helped but I think we have got the backups," Kaif said.

India needs to win one of its two remaining matches against Bangladesh and Sri Lanka, respectively, to secure semi-final berth.

Edgbaston, Birmingham World Cup 2019 Cricket
Get the latest updates on India vs England Series, India vs England , live score and IPL 2021 Auction . Like us on Facebook or follow us on Twitter for more sports updates. You can also download the NDTV Cricket app for Android or iOS.