Vijay Shankar injured his toe during the nets session just before India's World Cup 2019 league clash against England on Sunday in Birmingham. 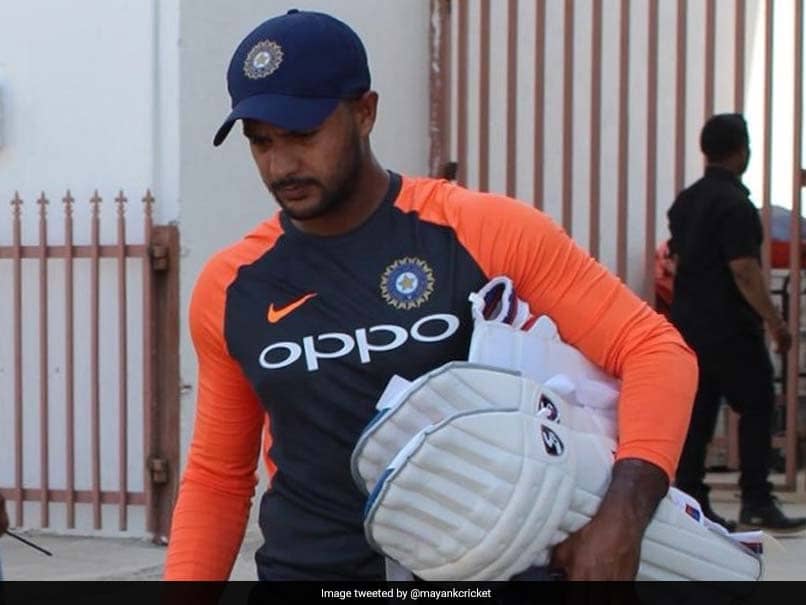 Mayank Agarwal is yet to make his ODI debut for India.© Twitter

India's request to allow Mayank Agarwal as a replacement for injured Vijay Shankar has been confirmed by the ICC. Vijay Shankar suffered a toe injury just before the league fixture against England on Sunday. Rishabh Pant played in place of Shankar in the game where India failed to chase 338. "The International Cricket Council has confirmed that the Event Technical Committee of the ICC Men's Cricket World Cup 2019 has approved Mayank Agarwal as a replacement player for Vijay Shankar in the India squad for the remainder of the tournament," ICC said in a press statement.

Notably, Vijay Shankar has been ruled out for the remainder of the tournament, as his injury will take about three weeks to heal. Shankar's replacement, Mayank Agarwal made his Test debut last year against Australia. Agarwal is yet to make his One-day International debut.

It is mandatory for every team to get the approval of the Event Technical Committee (ETC) before a player can be officially added to the squad.

India are currently at second place in the points table with 11 points in seven games so far. India will play Bangladesh and Sri Lanka next in the league fixtures and just one win will confirm their participation in the semi-finals.

Previously, Shikhar Dhawan was also injured and was ruled out of the World Cup 2019. He was replaced by Rishabh Pant in the squad.

Vijay Shankar Cricket World Cup 2019
Get the latest updates on IPL 2020, check out the IPL Schedule for 2020 and Indian Premier League (IPL) Cricket live score . Like us on Facebook or follow us on Twitter for more sports updates. You can also download the NDTV Cricket app for Android or iOS.