The number four position in the Indian batting order for World Cup 2019 has been a bone of contention after Ambati Rayudu failed to make the cut despite being given an extended run ahead of the mega event. 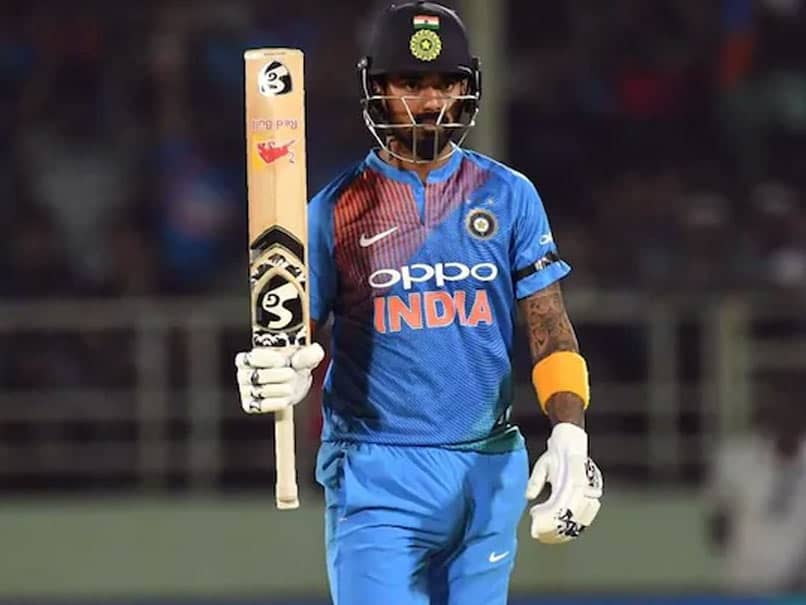 Ever since the selectors announced India's World Cup 2019 team, the clouds of uncertainty over who will play at No. 4 position have only gotten darker. While the selectors have put two more players, namely MS Dhoni and Vijay Shankar, in the fray for the spot, former chief national selector Dilip Vengsarkar has a slightly different opinion. Vengsarkar believes KL Rahul, India's third-choice opener for the marquee tournament, is one option India can explore as he has the technique to complement the top three.

"We have a settled opening pair in Shikhar (Dhawan) and Rohit (Sharma). Virat Kohli is phenomenal at No. 3. I feel that KL Rahul could be an option at No. 4. He has the technique and can complement the top three well. I believe the No. 4 should be a specialist batsman," Vengsarkar told PTI during an interaction.

The number four position has been a bone of contention after Ambati Rayudu failed to make the cut despite being given many opportunities in the run up to the tournament.

Even though the pitches are expected to be flat during the showpiece event, Vengsarkar, who himself played three World Cups (1979, 1983, 1987) with two in England, felt that Rahul's technique gives him an advantage.

"Since he is a specialist opener, in case of early wickets, he could provide stability. Also in a long tournament, if required he can open the innings. I feel that he should be a part of playing XI," Vengsarkar said about Rahul, who finished second in the IPL run-getter's list with 593 runs.

The 63-year-old opined that the biggest advantage for India will be their experience of playing a full series in the United Kingdom last year.

"In England, the weather can be fickle and that can have an effect on the performance. Adaptability will always be the key. But to Indian team's advantage, they played in England during the same time last year. We have had an exposure to those conditions and that's good thing. We should try and use it to our advantage," said the member of the victorious 1983 World Cup team.

The veteran of 116 Tests and 129 ODIs is also not worried about Yuzvendra Chahal and Kuldeep Yadav's dip in form during the Australia series.

"I am sure both Chahal and Kuldeep must have worked on their game as to what went wrong against Australia. Once they get there, they must carefully assess the conditions and accordingly devise the strategy," he said.

As far as the semi-final line-up is concerned, Vengsarkar named India, hosts England and defending champions Australia as the favourites to reach the last four stage.

"At this moment I can't predict about the fourth team. Yes India, England and Australia have the team to go all the way," he added.

Lokesh Rahul World Cup 2019 Cricket Dilip Balwant Vengsarkar
Get the latest updates on India vs Australia Series, check out the India vs Australia Schedule for 2020-21 and Ind vs Aus live score . Like us on Facebook or follow us on Twitter for more sports updates. You can also download the NDTV Cricket app for Android or iOS.