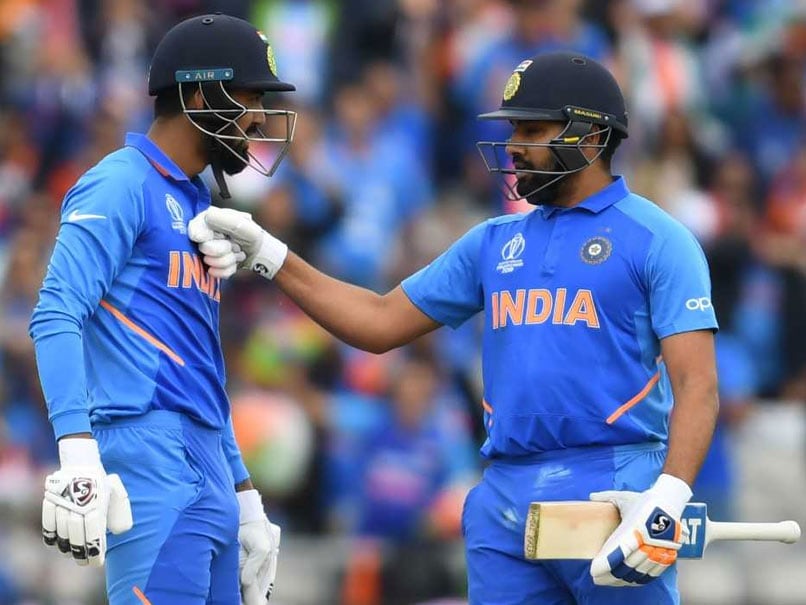 Rohit Sharma and KL Rahul were fifth among world openers to score 100 runs against Pakistan.© AFP

Rohit Sharma and KL Rahul gave India a flying start against arch-rivals Pakistan in a much-awaited World Cup 2019 league stage match at Old Trafford in Manchester on Sunday. They became the first pair to register a 100-run opening-wicket stand for India in a World Cup match against Pakistan. Rohit Sharma and KL Rahul were fifth among world openers to reach the 100-run mark against Pakistan in World Cup. Australia's David Warner and Aaron Finch hammered Pakistan in a similar manner in their last match in Taunton on Wednesday.

Warner and Finch had established a 146-run opening wicket stand in Australia's 41-run win that put them on the top of the points table.

Rohit and Rahul stitched a 136-run partnership for India as Wahab Riaz gave Pakistan a much-needed breakthrough in the 24th over.

After getting a second warning for landing in the danger area, Riaz struck with a full delivery. Rahul mistimed the shot and gave it straight to Babar Azam, the man at cover.

Rahul, who came to open the innings in the absence of injured Shikhar Dhawan, scored 57 runs off 78 balls, including three boundaries and two sixes.

Dhawan had suffered a thumb injury during his century knock against Australia and ruled out for at least four World Cup matches.

Old Trafford, Manchester World Cup 2019 Cricket India vs Pakistan, Match 22
Get the latest updates on ICC T20 Worldcup 2022, check out the Schedule and Live Score. Like us on Facebook or follow us on Twitter for more sports updates. You can also download the NDTV Cricket app for Android or iOS.