India vs Pakistan: Bhuvneshwar Kumar Ruled Out Of Pakistan Match With Hamstring Injury

Bhuvneshwar Kumar opened the bowling for India in Pakistan's chase of 337, but could only manage 2.4 overs before leaving the Old Trafford field. 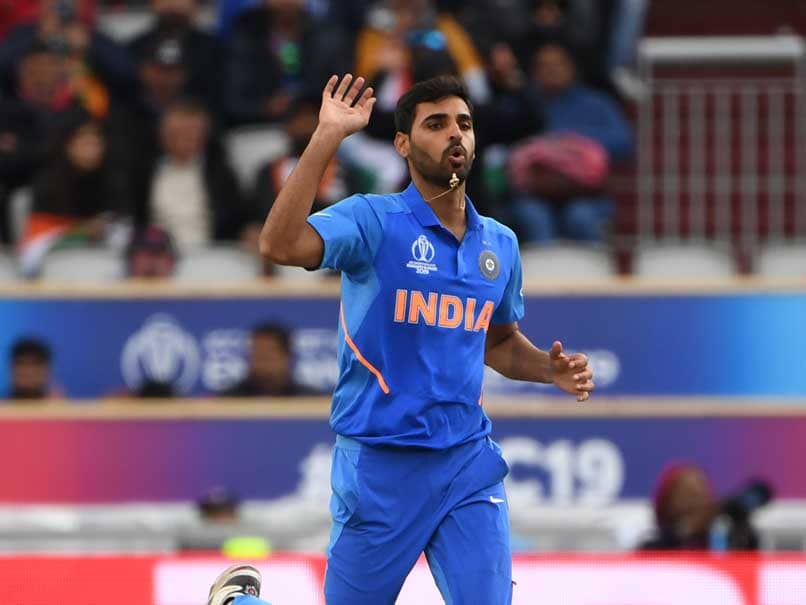 India paceman Bhuvneshwar Kumar was ruled out of the rest of Pakistan's run chase after suffering a hamstring injury in Sunday's World Cup match. Bhuvneshwar Kumar opened the bowling for India in Pakistan's chase of 337, but could only manage 2.4 overs before leaving the Old Trafford field due to his injury. "Kumar has tightness in his left hamstring and will not be taking further part in this match," the Indian cricket board's media team said via an announcement in the press box.

Vijay Shankar was handed the ball to complete the over and struck right away, trapping Imam-ul-Haq lbw for seven.

Pakistan slipped to 13 for one in the fifth over.

India were inspired by Rohit Sharma's 140 as they posted a challenging 336 for five in 50 overs after being put into bat.

Virat Kohli's side are already awaiting the return of opener Shikhar Dhawan, who injured his hand during his match-winning century in the team's second win over Australia.

Dhawan is under medical observation and travelling with the team.

Rising star Rishabh Pant has been flown in as standby for the left-handed batsman.

Old Trafford, Manchester World Cup 2019 Cricket India vs Pakistan, Match 22
Get the latest updates on IPL 2020, check out the IPL Schedule for 2020 and Indian Premier League (IPL) Cricket live score . Like us on Facebook or follow us on Twitter for more sports updates. You can also download the NDTV Cricket app for Android or iOS.