Sanjay Manjrekar and Ravindra Jadeja were involved in a spat on social media which refuses to die down. 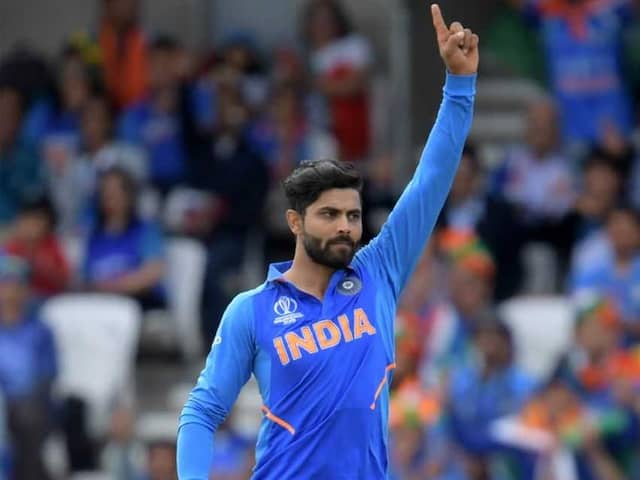 Sanjay Manjrekar became a victim of social media trolling yet again after he decided to exclude all-rounder Ravindra Jadeja from his playing XI ahead of the World Cup 2019 semi-final between India and New Zealand in Manchester on Tuesday. The cricketer-turned-commentator has been receiving ire from the fans after he called Ravindra Jadeja a "bits and pieces" player in a recent interview. Ravindra Jadeja had slammed Sanjay Manjrekar for "enough of verbal diarrhoea" on Twitter, before claiming a wicket while the former batsman's commentary session in Leeds.

The fans on social media conveyed their complete disagreement with the former India batsman and flooded his handle with hilarious replies.

Just the other day you said, if pitch is not a Turner, Jadeja would play & Kuldeep would play in place of Chahal. suddenly what happened. Are you for real, kuch integrity bachi hain? Just mocking Jadu for no reason. It's the semis entire nation needs to support whoever plays

With your track record and batting skills, we all know how not to take u seriously

Just now when kohli said team will be unchanged .... Manjrekar be like pic.twitter.com/jf06C2EMmd

India, who won seven out of nine matches to finish the World Cup league stage, opted for just one change in Manchester with Yuzvendra Chahal coming in place of fellow wrist spinner Kuldeep Yadav.

Well before the toss time, Manjrekar tweeted what should be India's combination keeping the pitch and ground dimensions in mind. He said that as the match is likely to be played on a new pitch and India should go into the contest with a fresh mindset.

Manjrekar also said that the team management should bring batting all-rounder Kedar Jadhav back in the playing XI as Indian spinners have not had much of an impact on New Zealand.

The 53-year-old's comment about Jadeja as a "bits and pieces player" had not gone down well with the Saurashtra cricketer.

"I am not a big fan of bits and pieces players which Jadeja is at this point of his career in 50-over cricket. In Test matches, he is a pure bowler. But in 50-overs cricket, I would rather have a batsman and a spinner," Manjrekar had told IANS in an interview.

Reacting to the comments, Jadeja had tweeted: "Still I have played twice the number of matches you have played and I'm still playing. Learn to respect people who have achieved. I have heard enough of your verbal diarrhea Sanjay Manjrekar."

Manjrekar did change his opinion on July 6 during the India-Sri Lanka game in which Jadeja featured, calling him a "street-smart" cricketer.

Old Trafford, Manchester Cricket India vs New Zealand, 1st Semi Final
Get the latest Cricket news, check out the India cricket schedule, Cricket live score . Like us on Facebook or follow us on Twitter for more sports updates. You can also download the NDTV Cricket app for Android or iOS.