There was a hoax message which was spread on social media, indicating security threat to the Indian cricket team. 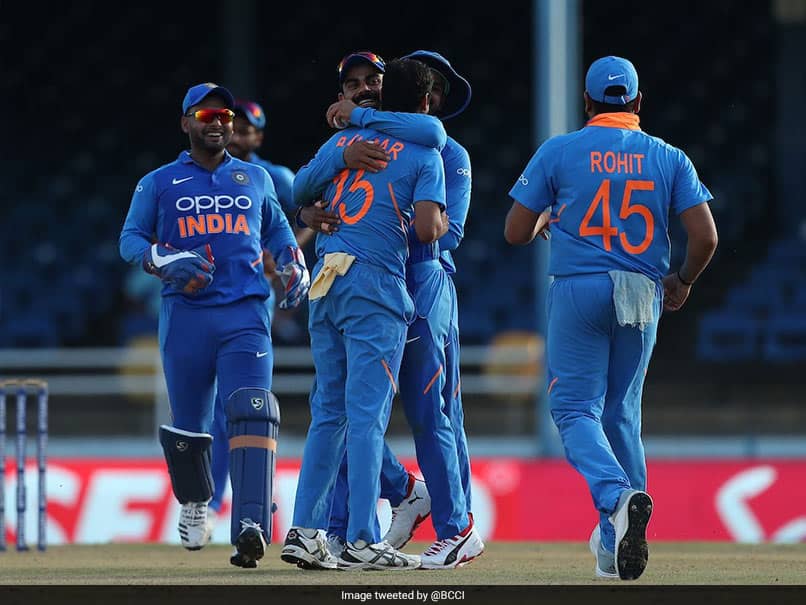 India are currently playing a three-day practice match against the West Indies A.© Twitter

The Indian cricket team is currently in the West Indies to play a full series. Earlier on Sunday, there were some media reports which stated that the Pakistan Cricket Board (PCB) had received an email of a possible attack on the Indian team. The report also stated that the PCB passed on the information to the International Cricket Council (ICC) and the Board of Control for Cricket in India (BCCI). However, the BCCI denied any threat to the Indian cricket team, who are currently playing a three-day practice game against the West Indies A team in Antigua.

India have already won both T20I and ODI series against the West Indies. Both the teams will now compete in a two-match Test match series.

The first Test match between India and the West Indies will start from August 22.

West Indies Cricket Team West Indies vs India 2019 Cricket BCCI
Get the latest updates on India vs Australia Series, check out the India vs Australia Schedule for 2020-21 and Ind vs Aus live score . Like us on Facebook or follow us on Twitter for more sports updates. You can also download the NDTV Cricket app for Android or iOS.