Cheteshwar Pujara retired after making 100 while Rohit Sharma was dismissed for 68 as India reached 297/5 on Day 1 of the practice game against West Indies A. 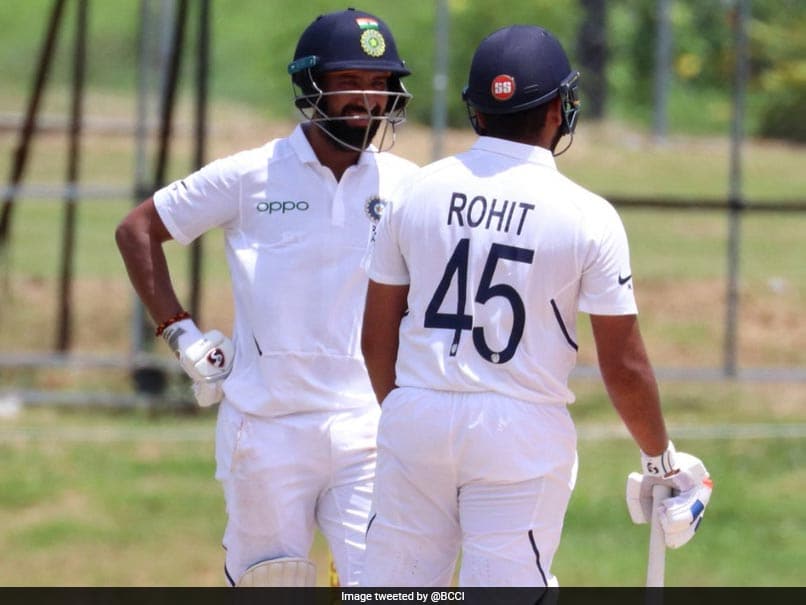 A century from Cheteshwar Pujara and a half-century from Rohit Sharma helped India reach 297 for five on Day 1 of their practice match against West Indies A. Rohit and Pujara shared a 132-run stand for the fourth wicket. Pujara retired after making 100 off 187 balls while Rohit was dismissed after making 68 off 115. India won the toss and chose to bat first on Saturday at the Coolidge Cricket Ground in Antigua. KL Rahul and Mayank Agarwal opened the batting. The innings got off to a brisk start largely thanks to Rahul who hit five fours and a six in his 46-ball stay at the crease. Agarwal, on the other hand, was dismissed by Jonathan Carter, who was West Indies A's highest wicket-taker of the day with three scalps. Rahul fell in the 13th over.

Ajinkya Rahane, who was captaining the side in the absence of Virat Kohli, lasted only six balls as he nicked behind off Carter and departed for one run. Rahane has not scored a century in two years now and his worrying form with the bat has showed no signs of improvement in the first innings of the practice match.

Rohit and Pujara then thwarted the Carribean attack.

Rohit's was a typically stroke-filled innings as he made full use of the opportunity to bat early in the day. After the pair were dismissed, Hanuma Vihari (37 not out) and Rishabh Pant (33) pushed India's total to near the 300-run mark.

India kick off their World Test Championship campaign with their upcoming two-Test series against the West Indies. The first Test will be played at North Sound starts on August 22.

Rishabh Pant West Indies vs India 2019 Cricket
Get the latest updates on Olympics 2020, Olympics 2020 Medal Tally, Live Cricket Score . Like us on Facebook or follow us on Twitter for more sports updates. You can also download the NDTV Cricket app for Android or iOS.