MS Dhoni's Jersey No. 7 May Not Be Worn In Tests, Says BCCI Official: Report

MS Dhoni retired from Test cricket and with the World Test Championship using jersey numbers, his No. 7, while available, may not be used by any other player. 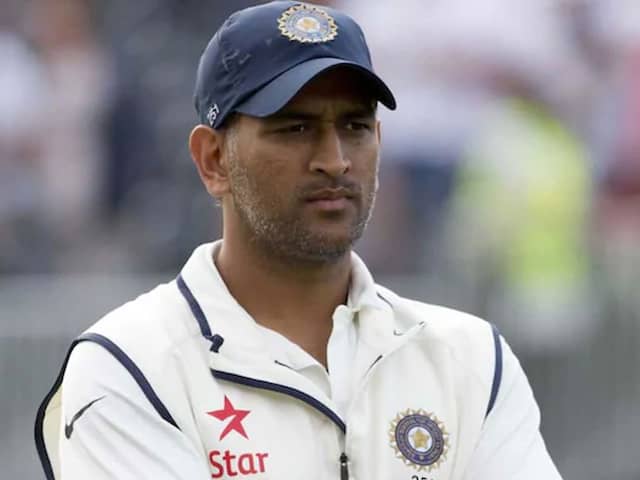 MS Dhoni, who retired from Test cricket in 2014, might not see any Indian player wear his jersey No. 7 when the No.1-ranked team begins its World Test Championship campaign against the West Indies with two-Test series, starting on August 22 in Antigua. According to news agency PTI, most of the Indian players will opt for their limited-overs jersey numbers. A senior BCCI official told PTI that there was "very little chance that any of the players will wear" MS Dhoni's jersey in Test cricket.

"People relate jersey No. 7 with MS. The consignment of numbered jerseys will only arrive in Caribbean only after ODI series," he added.

Sachin Tendulkar's famous jersey No.10 has already been "unofficially retired" by the BCCI from white ball cricket after pacer Shardul Thakur wore it briefly and was heavily trolled on social media.

While no Indian players wears the No.10 jersey as a mark of respect for Tendulkar's stupendous achievements, there is a strong possibility that jersey No.7 worn by Dhoni in limited-overs will also not be used in the Test format.

While a jersey can't be retired officially, the BCCI may mull a move as Dhoni's stature in Indian cricket is such and they also have the Thakur trolling incident on the back of their minds.

Dhoni, who has been playing limited overs internationals since 2015, has taken a two-month sabbatical to serve the Parachute Regiment under the Territorial Army where he is an Honorary Lieutenant Colonel.

The Ashes, starting August 1, will be the first bilateral under the World championship banner. It will also be the first such series where players will have jersey numbers.

The move by ICC is an effort to popularise the game and help fans connect better with the players.

Rohit Sharma West Indies vs India 2019 Cricket
Get the latest Cricket news, check out the India cricket schedule, Cricket live score . Like us on Facebook or follow us on Twitter for more sports updates. You can also download the NDTV Cricket app for Android or iOS.