Ian Bishop believes that West Indies will find it difficult to beat India in the upcoming Test series at home. 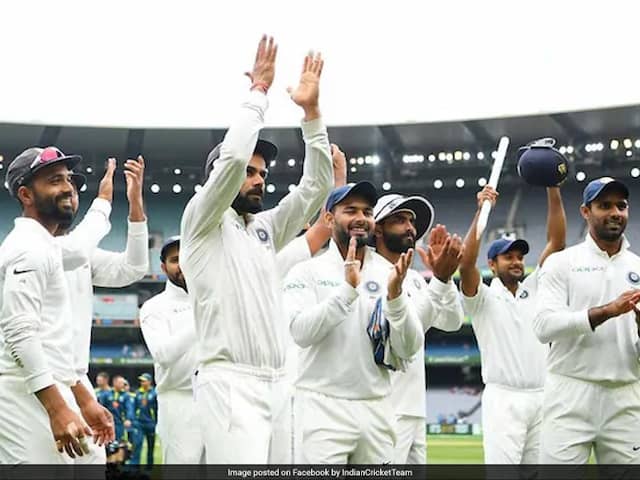 India will begin their ICC World Test Championship campaign from August 22 against the West Indies.© Facebook

Former West Indies fast bowler Ian Bishop lavished praise on Indian team for performing well on overseas tours. India are scheduled to feature in a full-fledged tour of the West Indies and Bishop feels that the West Indies will find it difficult to beat India in the two Test matches. India are currently the number one ranked side in ICC's Test rankings while the West Indies are placed at number right. The Indian Test side has performed well in the recent years.

While their record is unmatchable at home, India have played according to their status of the number one-ranked Test team in away conditions as well.

"India know their home conditions so well. India have become the powerhouse that has played better overseas in recent years. They were very competitive in England last summer, defeated Australia in Australia last year for the first time. No doubt Australia were without their two key players, but that just says India were traveling better," Ian Bishop was quoted as saying by IANS.

Last year, India registered their first-ever Test series win in Australia. Before that, they played well in England in the five-match series. Although, the winning margin was 4-1 in favour of the hosts, signalling the series to be a one-sided affair, but all the matches were extremely competitive.

The 51-year-old Bishop believes in order to challenge the Indian team in the two-Test series, Windies batters will have to score big hundreds against the bowling attack which will consist the likes of Jasprit Bumrah and Ishant Sharma.

According to Bishop, the batting of the hosts will rely on Roston Chase and Shai Hope who have been performing for the Caribbean team in Test cricket.

Hope has played 29 Tests for the West Indies in which he has scored 1459 runs, including two hundreds and five fifties. Chase, on the other hand, has also played the same number of matches and has amassed 1621 runs, which included five hundreds and seven fifties.

"West Indies will hope that Roston Chase, who is integral as a batsman to their course, and Shai Hope and all these guys put their foot down and say ok, the pitches at home have been challenging to bat on for everyone, but we have played two seasons now on this. So, we need to start and set down marks on scoring hundreds," Bishop said.

West Indies Cricket Team West Indies vs India 2019 Ian Raphael Bishop Cricket
Get the latest Cricket news, check out the India cricket schedule, Cricket live score . Like us on Facebook or follow us on Twitter for more sports updates. You can also download the NDTV Cricket app for Android or iOS.