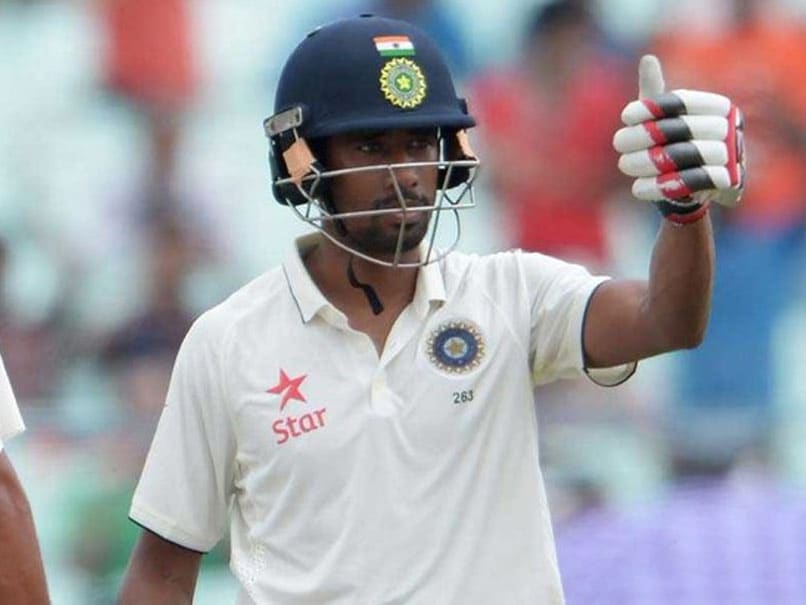 India A completed the formalities, though not without hiccups, to notch up a six-wicket win over West Indies A on the fourth and final day of the first unofficial Test in Antigua on Saturday. Set a target of 97 for victory, India needed just 68 runs on the final day and they did it in 19.3 overs but at the expense of three wickets. After resuming at 29 for 1, overnight batsman Abhimanyu Easwaran (27) lasted just six balls in the morning as he fell to Chemar Holder for the addition of just four runs to his individual and team total.

Captain Hanuma Vihari (19) and Srikar Bharat (28) then stitched 49 runs for the third wicket from 13 overs to take India A to the threshold of victory before they got separated.

Bharat was out at team score of 82 for 3 and Vihari also got out soon after as India A were reduced to 90 for 4. But first innings half centurions -- Wriddhiman Saha (9 not out) and Shivam Dube (4 not out) -- took the team to 97 for 4 for an easy win at the end.

Wriddhiman Saha
Get the latest updates on ICC Women's Cricket World Cup 2022 and IPL 2022, check out the Schedule , Live Score and IPL Points Table. Like us on Facebook or follow us on Twitter for more sports updates. You can also download the NDTV Cricket app for Android or iOS.