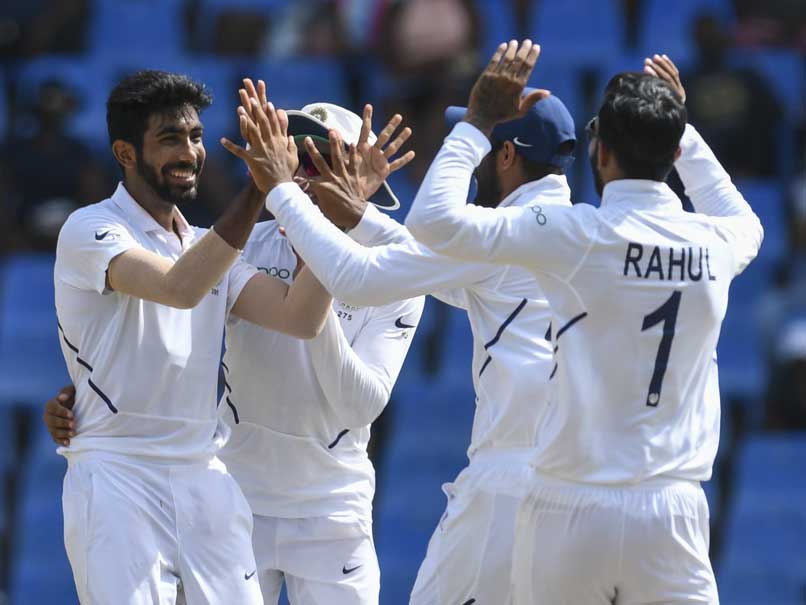 Jasprit Bumrah became the third Indian bowler to take a hat-trick in Test cricket. Bumrah joined an elite club of Indian bowlers -- Harbhajan Singh and Irfan Pathan -- to claim a Test hat-trick. Both the players took to Twitter to congratulate the new entrant into the elite club. "Sensational @Jaspritbumrah93 well done on your great spell.. welcome in the hattrick club so so so proud of you. Keep it going brother," the off-spinner tweeted. Irfan Pathan, who took his Test hat-trick against arch-rivals Pakistan, also congratulated Bumrah on his special achievement. "Welcome to the #Hattrick club @Jaspritbumrah93," Pathan's congratulatory tweet read.

Sensational @Jaspritbumrah93 well done on your great spell.. welcome in the hattrick club so so so proud of you. Keep it going brother pic.twitter.com/9iS4VZ1Rdc

Welcome to the #Hattrick club @Jaspritbumrah93

Bumrah decimated the West Indies top-order in his opening spell, reducing them to 22/5 inside 13 overs. Bumrah dismissed Darren Bravo, Shamarh Brooks and Roston Chase off successive balls in the 9th over of the Windies innings. In fact, Bumrah's hat-trick became possible only after Indian skipper Virat Kohli challenged umpire's on-field decision using DRS after a leg-before appeal.

The Indian pacer duly acknowledged Virat Kohli's role and told the skipper that he owed his hat-trick to him.

"I was not very sure of the appeal. I thought it was bat. So, I didn't appeal so much but it was a good review in the end. So, I think I owe that hat-trick to the captain," Bumrah told Virat Kohli, in a video posted by the BCCI on Twitter.

After his opening spell, Bumrah once again came back into the attack towards the end of the day to get rid of West Indies skipper Jason Holder.

It was Bumrah's fiery opening spell that put India in the driver's seat at stumps on Day 2 after they posted a huge first innings total of 416 runs.

He ended the day with an impressive figures of 6/16, with West Indies still trailing by 329 runs.

West Indies Cricket Team Sabina Park, Kingston, Jamaica West Indies vs India 2019 Cricket West Indies vs India, 2nd Test
Get the latest updates on IPL Auction 2023 and check out  IPL 2023 and Live Cricket Score. Like us on Facebook or follow us on Twitter for more sports updates. You can also download the NDTV Cricket app for Android or iOS.