Darren Bravo and John Campbell were included to provide the duo with the much-needed game time before the two-Test series against India which begins on August 22. 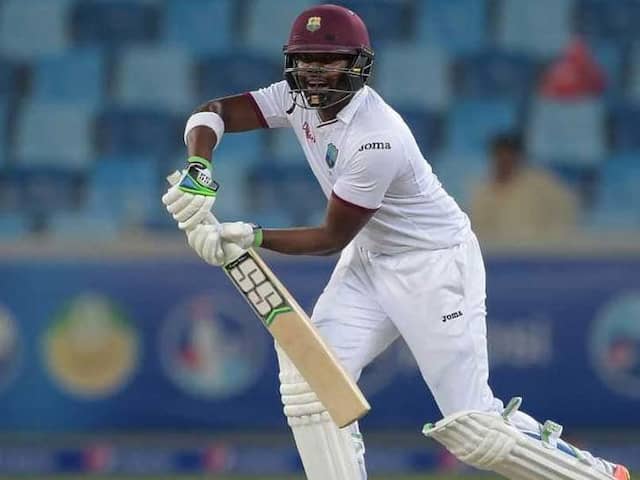 Darren Bravo is also a part of the West Indies team that will take on India in two-Test series.© AFP

Darren Bravo and John Campbell, who are part of the West Indies Test team, have been included in the West Indies A squad which will play a three-day tour game against India starting on Saturday at the Coolidge Cricket Ground. Bravo and Campbell played a key role in West Indies' Test Series triumph against England in February. This has been done to provide the duo with the much-needed game time before the two-Test series against India which begins on August 22 in Antigua.

But beating the World No. 1 Test team will not be easy because Virat Kohli will have the services of key players including Jasprit Bumrah who missed the limited-overs leg of the tour. The arrival of Test specialist Cheteshwar Pujara and Ajinkya Rahane will strengthen the already solid Indian batting.

The West Indies A squad will be led by Jahmar Hamilton and includes several players -- Jeremy Solozano, Akim Fraser and Romario Shepherd -- that played against India A last month.

West Indies A squad for tour-match:

Darren Bravo Cricket West Indies vs India 2019
Get the latest Cricket news, check out the India cricket schedule, Cricket live score . Like us on Facebook or follow us on Twitter for more sports updates. You can also download the NDTV Cricket app for Android or iOS.