India won both T20 Internationals played in Florida and the action now shifts to Guyana. 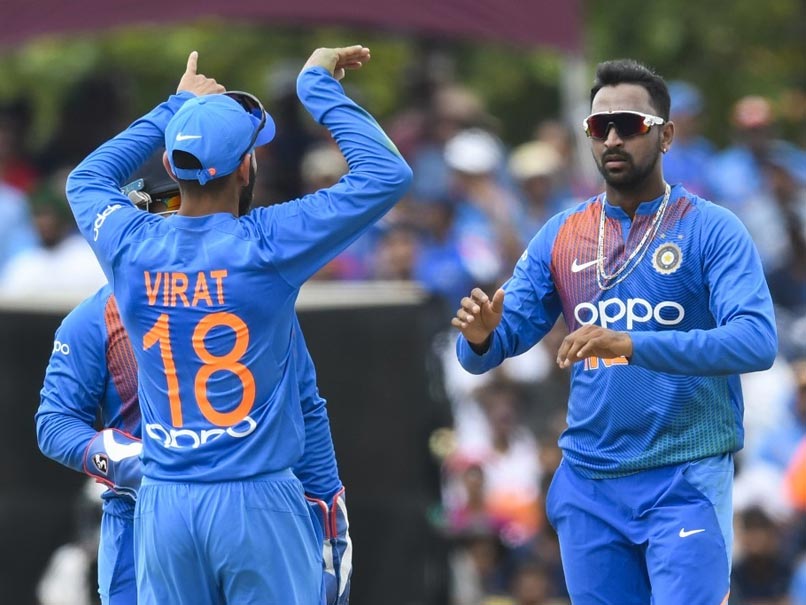 India will be eyeing a T20I series whitewash over the West Indies.© AFP

India will be looking to complete a whitewash over the West Indies in the Twenty20 International (T20I) series when the two teams clash in the final match at the Providence Stadium in Guyana on Tuesday. India took an unbeatable 2-0 lead thanks to a comprehensive 22-run (DLS method) win over the West Indies at the Central Broward Regional Park Stadium Turf Ground in Lauderhill, Florida on Sunday. Captain Virat Kohli has already said that the Indian team will looking to experiment and "bring few guys in" for the final match of the T20I series.

The likes of KL Rahul, Shreyas Iyer, leg-spinner Rahul Chahar and fast bowler Deepak Chahar are yet to get a look in. Rishabh Pant, batting at No.4, and Manish Pandey have failed to make an make an impact with the bat.

Rahul could come in place of Manish Pandey in the next match.

Talking about the second match, Kohli said the pitch was good to bat on early on.

"The new ball was coming on nicely. We set up a good foundation. Good finish from Jadeja and Krunal to get us past 160. The way we were going, could have got to 180, but pitch slowed down considerably in the latter half," he said.

The Indian skipper lavished praise on spinner Washington Sundar, who was asked to open the bowling in both the matches.

The 19-year-old succeeded in providing an early breakthrough in both the games.

"Starting with the new ball, the way Sundar has bowled against guys who come hard at the ball, he's done a tremendous job. The composure he's shown has been outstanding. He's become fitter, leaner and is very handy with the bat as well. He is definitely going to be a factor for us," Kohli said.

After the T20I series, India and West Indies will clash in a three-match ODI series which will be followed by a two-match Test series.

Virat Kohli Washington Sundar West Indies vs India 2019 West Indies vs India, 3rd T20I Cricket
Get the latest updates on ICC T20 Worldcup 2022 and CWG 2022 check out the Schedule, Live Score and Medals Tally. Like us on Facebook or follow us on Twitter for more sports updates. You can also download the NDTV Cricket app for Android or iOS.