West Indies beat England by 71 runs under the Duckworth/Lewis (D/L) method in their U-19 World Cup match, while Australia registered a 10-wicket win over Nigeria. 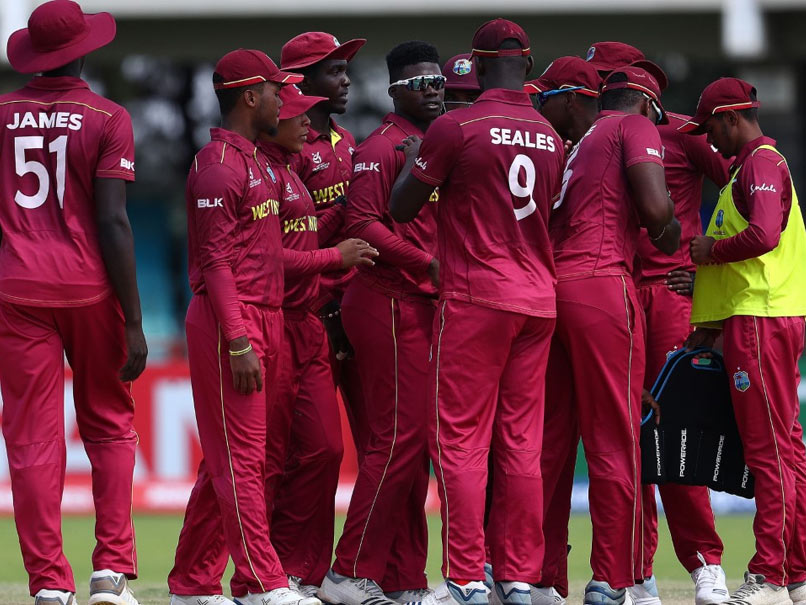 Nyeem Young produced an all-round performance to help West Indies to the top of the group.© ICC

Nyeem Young produced a brilliant all-round performance as West Indies beat England by 71 runs under the Duckworth/Lewis (D/L) method in their U-19 World Cup match on Monday. Sent in to bat after England won the toss in the Group B match, West Indies relied on Young's swashbuckling 41-ball 66 to make 267 for seven in their stipulated 50 overs. Young smashed the English bowlers to all corners of the ground, even as Kevlon Anderson remained not out on 86 off 105 balls.

Coming in to bat at number seven, Young hit five boundaries and four sixes in his blazing knock, while Anderson struck six fours and three maximums.

Opener Leonardo Julien made 40 off 57 balls while putting on 47 runs for the first wicket with skipper Kimani Melius (24).

Struggling at 138 for five in the 35th over, the duo of Young and Anderson added 101 runs for the sixth wicket to help their team put up a challenging total.

Lewis Goldsworthy was the best bowler for England, returning figures of 2/28 in his quota of 10 overs.

In reply at the Diamond Oval, England were reeling at 184 for nine in 43.4 overs when play was stopped due to bad weather.

After his effort with the bat, medium pacer Young came to run through the England line-up, finishing the day with impressive figures of 5/45 in nine overs.

England were off to a sedate start with their openers putting on 53 runs in just under 14 overs and then there was a 51-run stand for the third wicket, but they lost the plot after that.

This was West Indies' second win in as many matches, grabbing the top spot in group, as England started their campaign with a loss.

In another match, Australia crushed Nigeria by 10 wickets at the Country Club B Field.

Nigeria Under-19 Cricket
Get the latest updates on Fifa Worldcup 2022 and check out  Fifa World Cup Schedule, Stats and Live Cricket Score. Like us on Facebook or follow us on Twitter for more sports updates. You can also download the NDTV Cricket app for Android or iOS.