The Ashes: England Test captain Joe Root believes that the expectations are going to be huge from Ben Stokes and the team is going to bank on his experience when England will take on Australia in the first Ashes Test match in Brisbane. 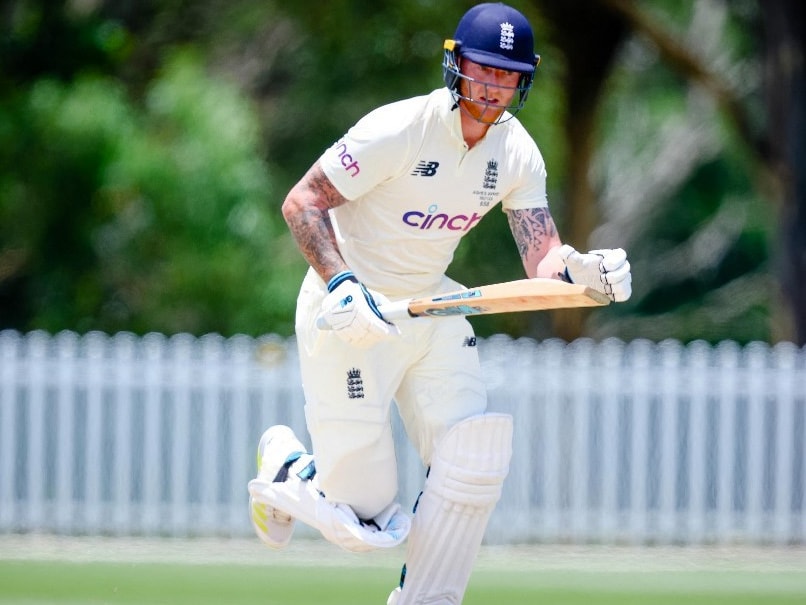 The Ashes: Ben Stokes will make a comeback to the England side after a break.© AFP

All-rounder Ben Stokes is making a comeback to international cricket after taking an indefinite break from all forms of cricket in July to prioritise his mental wellness and rest a fractured finger. England Test captain Joe Root believes that the expectations are going to be huge from him and the team is going to bank on his experience when England will take on Australia in the first Ashes Test match in Brisbane starting tomorrow. "Yes, there'll be an element of managing expectations and you've got to trust his experience and our whole bowling group collectively that we can work together to take those wickets. I'm sure Ben will have a big say in that. It's something we'll definitely be trying to get right throughout the whole series," said captain Joe Root about Ben Stokes ahead of 1st Ashes Test.

After a much-needed break, Stokes made himself available and according to Root, he is eager to make a mark as he was in sublime form in the previous Ashes in England pulling off an emphatic win from the jaws of defeat at Leeds in Headingley.

"We always know that when he gets into that game he'll want to put his mark on it," said captain Joe Root.

England's vice-captain Jos Buttler is also raring to go as the build-up to this historic series where the two arch-rivals will clash is massive.

"Just with the build-up everyone has had, the guys just want to make sure everyone is perfect to go," said England vice-captain Jos Buttler.

The most successful pacer in the history of Test cricket James Anderson is rested for the Brisbane Test as England team management does not want to take any chances with his fitness.

Anderson's record at the Gabba in Brisbane is also not very impressive as the veteran pacer has taken only 7 wickets in 4 Tests at an average of 75.14.

"Jimmy's not going to play but he is fit. Obviously, it's a very long series and we want a guy like that to be available for as much of it as possible, so think it's a bit precautionary. He bowled well yesterday and will bowl again today," told Jos Buttler.

England have an abysmally poor record at the Gabba winning only 4 out of 21 Tests and losing 12. Australia too were unbeaten in Test matches at Gabba for 38 years until India pulled off a historic win in 2020-21 summer.

"We are confident, that's why the guys are here. There are some fantastic performers. Obviously, Broad and Anderson have been brilliant performers for a long period of time and will play a huge part in the series. Whichever XI we take the field with we'll be very confident," said Jos Buttler.

England levelled the series in 2019 in home conditions but could not help Australia from retaining it and this time in Australia they have a tough task at their hand but they can take heart from India's performance as they beat the mighty Aussies last summer.

Joe Root Cricket
Get the latest updates on India vs South Africa and check out  Schedule, Results and Live Score. Like us on Facebook or follow us on Twitter for more sports updates. You can also download the NDTV Cricket app for Android or iOS.