The Ashes: Alastair Cook Notches Another Record To Give England Handy Lead Over Australia 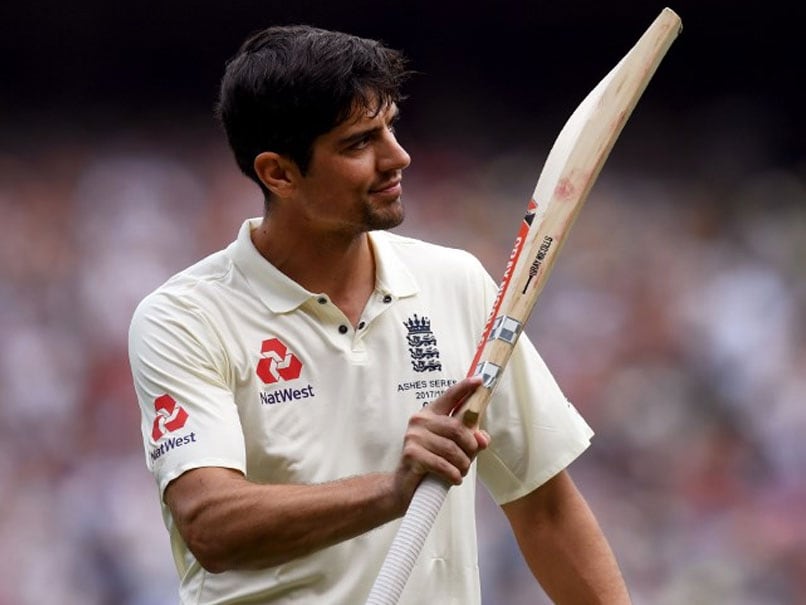 Alastair Cook broke yet another record as the Englishman's score of 244 not out became the highest score ever by a batsman carrying his bat in Test history. Cook broke New Zealand's Glenn Turner's (223 not) record set in 1972 against the West Indies in Kingston. Cook's marathon innings helped the English take a 164-run first innings lead after the visitors were all out on their overnight score of 491 on the first ball of the fourth day in the fourth Ashes Test at the Melbourne Cricket Ground (MCG) on Friday.

James Anderson was caught by Cameron Bancroft at bat-pad off Pat Cummins for a duck to end the innings. Cummins finished with four for 117.

The last Englishman to carry his bat through a Test innings was Mike Atherton's 94 in New Zealand in 1997 while Geoff Boycott last carried his bat through an Ashes innings with an unbeaten 99 in Perth in 1979.

England have the two remaining days of the Melbourne Test to get a result and win their first Test of the series after relinquishing the Ashes in the first three Test defeats.

At the close, Cook had been at the crease for 634 minutes and faced 409 balls to deny the Australians despite being dropped twice on 66 and 153 by Steve Smith.

Cook broke a number of records along the way. He surpassed the highest score by a visiting batsman in a Melbourne Test, bettering the 208 by West Indian great Viv Richards in 1984.

He earlier went past Wally Hammond's 200 set back in 1928 as the highest Test score at the MCG by an Englishman.

Comments
Topics mentioned in this article
England Cricket Team Australia Cricket Team Alastair Cook The Ashes 2017-18 Cricket
Get the latest updates on Fifa Worldcup 2022 and check out  Fifa World Cup Schedule, Stats and Live Cricket Score. Like us on Facebook or follow us on Twitter for more sports updates. You can also download the NDTV Cricket app for Android or iOS.