Wimbledon: Roger Federer said in a video he posted on Instagram that he was looking forward to his upcoming match and was enjoying the last of the historic Middle Sundays. 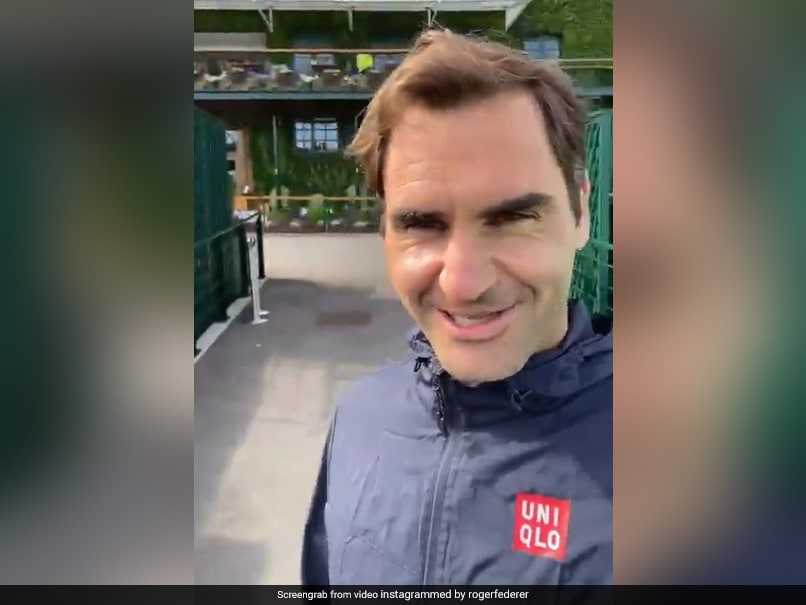 Roger Federer went for a stroll on on the last Middle Sunday at Wimbledon.© Roger Federer/Instagram

Tennis ace Roger Federer shared a video of himself taking a stroll at Wimbledon on the last of the Middle Sundays. In the video, Federer shared his thoughts on the day and the tournament, as he went for a walk. Explaining this was the final Middle Sunday, he gave his social media followers a look around. In the video, he said, "Hey, it is Roger here. Just walking around the site here at Wimbledon...This is the final Middle Sunday that we will ever have in history for now. I don't think it is going to change back after this. I just thought it would be nice, show you guys around quickly and tell you what it means to me."

Federer said that he did not know why the Middle Sunday was put in place but guessed that it could be to "control the grass". The 39-year-old cheekily added, "Maybe the grounds people are playing tennis on the inside."

Speaking about how he felt about playing at the tournament, the eight-time Wimbledon champion said, "Look, I love this tournament, and I love playing here. I can't wait for tomorrow for my match against Sonego. And happy I could quickly show you around the grounds here. Just nice to be here."

The Wimbledon Championships 2021 will be the last edition of the tournament to feature the age-old tradition of Middle Sunday.

It was considered to be a day of rest with no matches played on the day. Middle Sundays are followed by Manic Mondays, which as the name suggests is jam-packed with activity.

Along with Middle Sundays, the tradition of Manic Mondays will also be put to rest from 2022.

Earlier, Federer won hearts as he made no bones about the fact that he did not understand certain English phrases as he was being interviewed after his Wimbledon first-round match against France's Adrian Mannarino.

In it, a person can be heard asking Federer if he felt it is true that "absence makes the heart fonder", with regards to being back at Wimbledon after the tournament was cancelled last year due to the COVID-19 pandemic.

"I'm sorry, I didn't understand it," Federer said, before breaking into a chuckle.

"My English is not good enough!"

Federer defeated Cameron Norrie in the third round on Saturday to enter the second week at Wimbledon. He will be up against Italy's Lorenzo Sonego on Monday.

Comments
Topics mentioned in this article
Roger Federer Tennis
Get the latest updates on IPL 2021, check out the IPL 2021 Schedule and Indian Premier League Live Score . Like us on Facebook or follow us on Twitter for more sports updates. You can also download the NDTV Cricket app for Android or iOS.