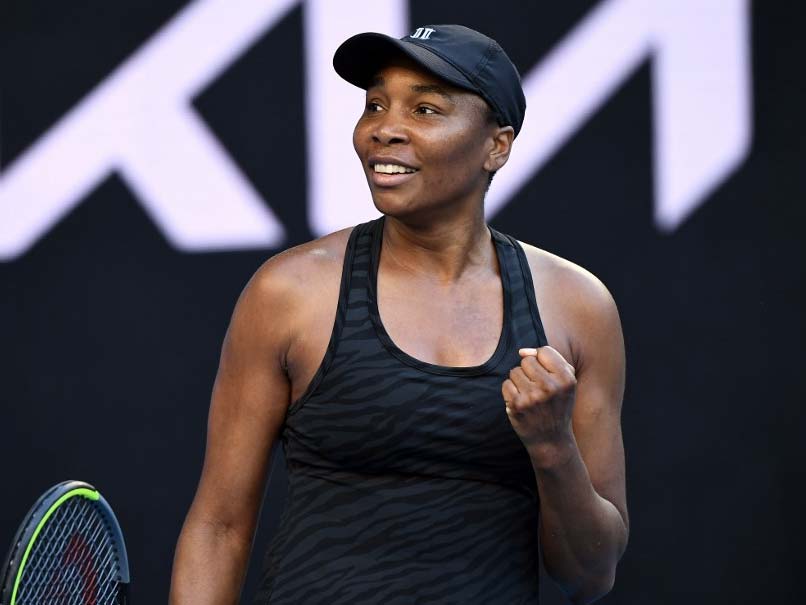 Ageless Venus Williams opened her 2021 season with a 6-1, 6-3 thrashing of Arantxa Rus on Sunday, while former top 10 players Jelena Ostapenko and Caroline Garcia also scored wins. Williams, 40, showed few signs of having spent 14 days in quarantine in her first-round romp at the Yarra Valley Classic, grinding down her Dutch opponent in 65 minutes -- an amazing 27 years after making her professional debut.

The tournament is one of two WTA events being played concurrently at Melbourne Park as players prepare for the Australian OpenGrand Slam starting on February 8.

Former Australian Open semi-finalist Danielle Collins needed 75 minutes to secure her first victory of the year, a 6-3, 6-3 triumph over Belgian Ysaline Bonaventure in the same event.

Collins is back at the site of her best career major run, which saw her upset former champion Angelique Kerber en route to reaching the final four in 2019.

American Shelby Rogers also progressed, thanks to a 6-2, 7-5 win over No.12 seed Fiona Ferro, the first ranked player to fall, while Anastasija Sevastova proved too strong for Madison Brengle.

In a battle between former top five players, 2017 French Open champion Ostapenko triumphed over Sara Errani 4-6, 6-3, 6-1 in the first round of the Gippsland Trophy, charging back after losing the first set.

Former world No.4 Caroline Garcia of France also got her season on a positive note, ousting Australian wildcard Arina Rodionova, 6-3, 6-4.

"It was a lot of emotions to get back on court, finally," said Garcia.

"I tried to stay very calm and play one point at a time, and I think I improved during the match, so that's the most positive thing about today."

Comments
Topics mentioned in this article
Venus Williams Caroline Garcia Tennis
Get the latest updates on IPL Auction 2023 and check out  IPL 2023 and Live Cricket Score. Like us on Facebook or follow us on Twitter for more sports updates. You can also download the NDTV Cricket app for Android or iOS.