Roger Federer, 20-time Grand Slam champion, defeated India's Sumit Nagal in the first round of the US Open. 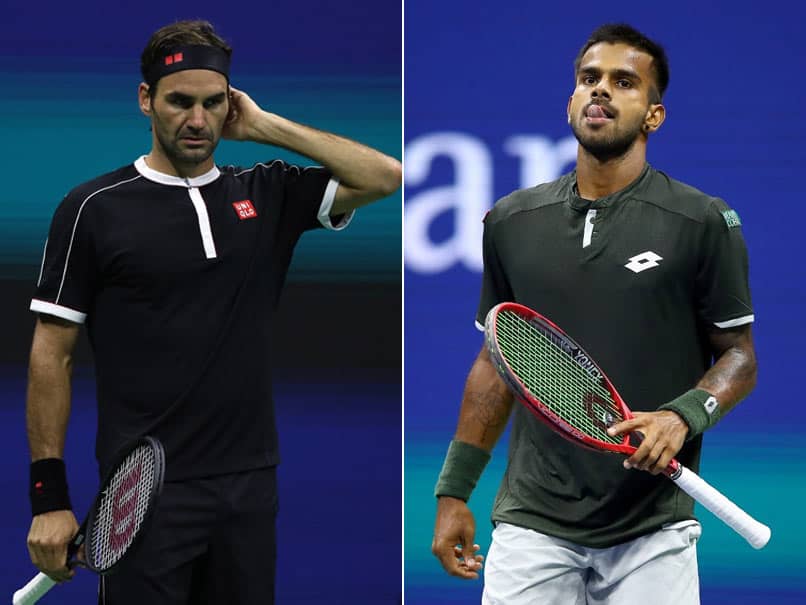 Roger Federer advanced to the second round after beating India's Sumit Nagal.© AFP

Roger Federer, 20-time Grand Slam champion, defeated India's Sumit Nagal in the first round of the US Open at the Arthur Ashe Stadium in New York to advance to the second round. The Indian youngster incredibly won the first set 6-4 but Federer, who hasn't triumphed at the US Open since the last of his five straight titles in 2008, upped his game thereafter to stamp his authority and win the match 4-6, 6-1, 6-2, 6-4.

The Swiss third seed, a five-time champion in New York, produced 19 unforced errors to surprisingly drop the first set against a player without a tour-level win.

When the match began it was Federer who surprisingly looked intimidated under the Arthur Ashe Stadium lights as he sprayed errors all around the court but the Swiss great woke from his slumber in time to turn the match resoundingly in his favour.

World number 190 Sumit Nagal, who has never earned a tour-level victory and only qualified for the year's final Grand Slam last week, came out swinging and even put a rare look of incredulity on the faces of those inside third seed Federer's box.

The 22-year-old Indian used impressive court coverage and sent heavily-spinning shots over the net during his dream start but his legs started to look more wobbly as the match wore and Federer righted the ship.

Federer, playing in his first Grand Slam since he failed to convert two championship points on his own serve against Novak Djokovic at Wimbledon, was down 0-40 while serving for the match but stepped up to win six of the next seven points to hold for the win.

Up next for Federer, who is seeking a record-extending 21st career Grand Slam title, will be Bosnia's Damir Dzumhur, who beat Frenchman Elliot Benchetrit earlier on Monday