US Open 2019: Prajnesh Gunneswaran Knocked Out After Losing To Daniil Medvedev In First Round

Prajnesh Gunneswaran lost to Daniil Medvedev in straight sets as he crashed out of the US Open in the first round. 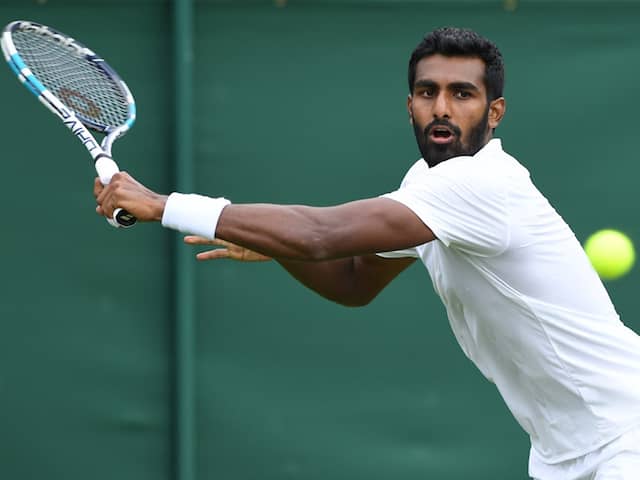 Prajnesh Gunneswaran failed to capitalise on the good start as he lost the match in straight sets.© AFP

India's Prajnesh Gunneswaran was knocked out of the US Open 2019 as he lost 4-6,1-6, 2-6 in straight games to Russia's Daniil Medvedev on Monday. In the first set, Prajnesh fought well and managed to break the serve early on. However, he failed to capitalise and lost the first set 4-6 against his Russian opponent. In the second set, Medvedev started off by breaking the serve twice and took an early lead of 4-0. After giving away 0-4 lead in the second set, Prajnesh constantly played the catch-up game but failed to close the deficit as Medvedev closed the second set at 6-1. In the final set, Daniil Medvedev again started off by breaking the serve and put Prajnesh Gunneswaran under pressure. Medvedev took the final set 6-2 to advance to the next round in the tournament.

Earlier on Monday, Czech third seed Karolina Pliskova struggled into the second round of the US Open while 2014 runner-up Kei Nishikori of Japan needed only 47 minutes to advance. Pliskova, who has a chance to finish the Flushing Meadows fortnight as world number one, held off 138th-ranked Czech qualifier Tereza Martincova 7-6 (8/6), 7-6 (7/3) after an hour and 46 minutes. "It's tough to play Tereza," Pliskova said. "We never played and especially tough to play in the first round.

"Not my best performance today for sure, and she made some great shots."

Seventh seed Nishikori reached the men's second round 6-1, 4-1, when 205th-ranked Argentine qualifier Marco Trungelliti retired with a back injury.

"It's a little bit sad to see. He's a great player," a consoling Nishikori said of his stricken opponent. "For me, I played great tennis from the beginning and I'm happy with the way I played today."