Serena Willams will be looking to win her 24th Grand Slam title at the US Open this year. 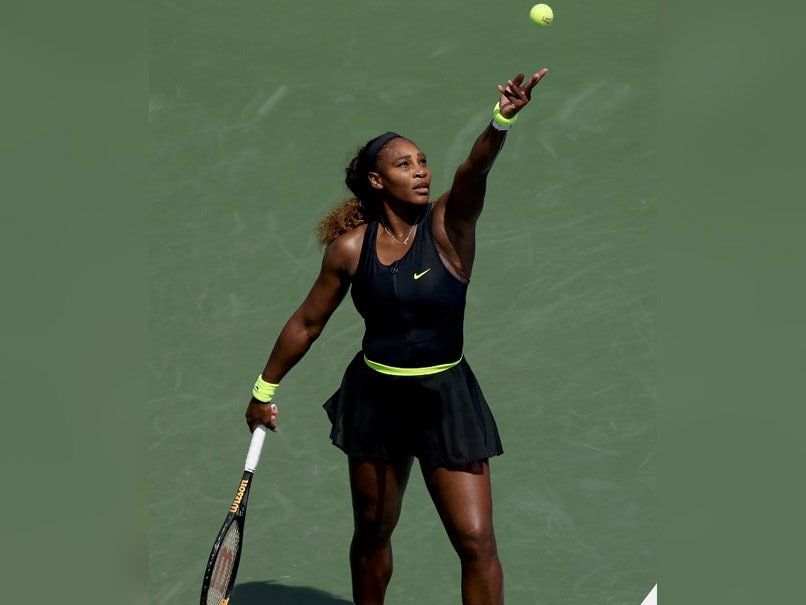 Serena Williams' protracted pursuit of Margaret Court's record of 24 Grand Slam titles resumes at a 2020 US Open that promises to be unlike any other. The absence of fans because of coronavirus concerns means the buzz and hubbub that define the US Open will be missing. Williams, whose 23 major victories are an Open-era record, will have nothing but her own skill and will to get her through the tough moments as she seeks a record-breaking seventh title on the hard courts at Flushing Meadows.

"I don't dislike it and that's weird because I am a player that is so emotional and so, like, a crowd player," Williams said upon returning to action after the WTA's coronavirus shutdown. "Kind of reminds me of the junior days. There is something nostalgic about that."

Playing in a virtually empty Ashe stadium, which seats more than 23,000, could be another story.

"Playing in New York is going to be interesting because the stadium is huge," Williams said. "But I do practice in empty stadiums, so I have played in New York on Arthur Ashe Stadium when it was empty and it was great.

"I guess I have to kind of lean on that."

She's come close since, reaching four major finals only to come up empty-handed.

"I've definitely been stuck," said Williams, who seems to have grown weary of the questions about Court's record if not the chase itself.

Even if she reaches the milestone, she said, it would provide no sort of punctuation mark.

"I'm never satisfied, that's the story of my career," Williams said. "I'll never be satisfied until I retire, that's just my personality."

Her chances of matching court, and breaking out of a tie with Chris Evert for most US Open women's titles with six, would seem to be improved with a bevy of top players, including world number two Simona Halep and Canadian Bianca Andreescu -- who stunned Williams in last year's final -- because of coronavirus concerns or injury.

But Williams has looked vulnerable in two tournaments since the WTA tour returned to action, laboring through lengthy matches before earlier than expected exits at Lexington and the Western & Southern Open -- held this year on the same New York courts that will host the Open.

She fell to 116th-ranked Shelby Rogers in Lexington, and squandered a commanding lead in a loss to 21st-ranked Maria Sakkari of Greece in New York.

"I've just got to start learning how to win big points," Williams said after she was unable to serve out a straight-sets victory against Sakkari. "If I could just focus on how to win that one point, that would be better.

"I had so many opportunities to win and I have to figure that one out, like how to start winning those matches again."

Defeats like those have seen Williams lose the aura of invincibility she once carried.

And upstart challengers this year won't find themselves up against the will of thousands of pro-Williams fans.

But Sakkari said that for young players there was still a measure of trepidation taking on an opponent who shaped their tennis dreams.

"I mean, obviously she's like the GOAT (Greatest of All Time)," Sakkari said. "Having her on the tour still, it's incredible."

Comments
Topics mentioned in this article
Serena Williams Shelby Rogers Simona Halep Bianca Andreescu Tennis
Get the latest updates on IPL Auction 2023 and check out  IPL 2023 and Live Cricket Score. Like us on Facebook or follow us on Twitter for more sports updates. You can also download the NDTV Cricket app for Android or iOS.