Naomi Osaka, a US Open fourth seed, is set to play Monday night in a first-round match against compatriot Misaki Doi, but was uncertain if it was realistic to expect a recovery in time to play. 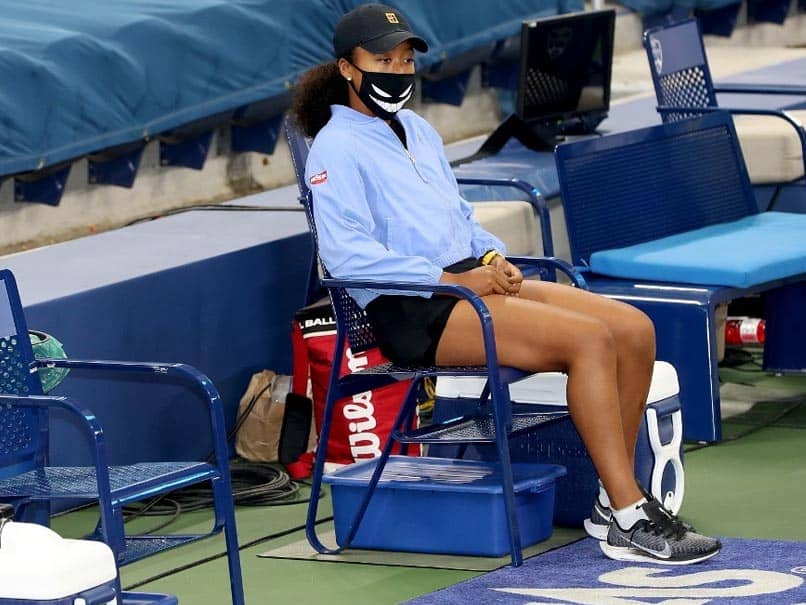 Japan's Naomi Osaka withdrew from the Western & Southern Open WTA final due to a left hamstring injury on Saturday, just two days before the start of the US Open. The world number 10's withdrawal means Victoria Azarenka takes the title by walkover in a tuneup event played inside the same Covid-19 quarantine bubble as the US Open. "I'm sorry to have to withdraw with an injury," said Osaka. "I pulled my left hamstring yesterday in the second set tiebreak and it has not recovered overnight as I had hoped."

Osaka, a US Open fourth seed, is set to play Monday night in a first-round match against compatriot Misaki Doi, but was uncertain if it was realistic to expect a recovery in time to play.

"I never know with that," Osaka said. "But I just hope I'm giving myself the opportunity and the chance to have enough time."

Later, in Japanese, Osaka said, "I'm hoping that the extra time will give me more time to recover, and hopefully, though I never know what will happen, but hopefully I'll be better on Monday."

Azarenka, collecting her first title since returning to the tour after becoming a mother, wished Osaka well in her recovery bid.

"I wish you a very speedy recovery," Azarenka said. "I hope you do that miracle recovery."

Osaka was unhappy that the safety measures for COVID-19 ruled out ice baths in the training room, wiping out one of her usual post-match recovery routines.

"The only thing that makes me a bit sad, or not sad, it's just a bit unfortunate, it's the physio rooms on-site, they don't have ice baths, which I normally take after the matches, so I feel like it's something that I have to adjust to," Osaka said.

"But I understand, because it's not hygienic in regards to COVID."

Osaka, 22, had defeated Belgium's Elise Mertens in the semi-final to set up the championship match against two-time Australian Open winner Azarenka, from Belarus.

Two-time Grand Slam champion Osaka, of Haitian and Japanese heritage, had threatened not to play in the semi-finals to protest the police shooting of African-American Jacob Blake in Kenosha, Wisconsin.

Osaka said she was "sick to her stomach" and "exhausted" by repeated violence against blacks by US police, echoing a move by the NBA Milwaukee Bucks in boycotting a playoff game for the same reason, which brought the entire league to a standstill for three days.

Osaka's decision prompted the WTA and ATP to postpone all semi-final matches to Friday, which inspired Osaka to change her mind and play in the match where she was injured.

"I feel like I played very good matches. I feel like I learned a lot, and definitely a lot off the court has also happened this week," Osaka said.

"So I think I'm just happy with how I managed everything and how I was still able to focus when I was playing the matches."

It was Osaka's first tournament since the tour resumed play after the coronavirus shutdown that began in March.

"I think that everyone's probably harboring an injury, a small injury at this point, and everyone is super tired," Osaka said.

"It's unfortunate for me to have to pull out, but at the same time, I should, in the back of my mind, feel that everyone isn't at 100% right now."

The injury, however, is a major blow as she prepared to return to the site of her first Grand Slam triumph, her 2018 victory over Serena Williams in a controversial US Open final at the National Tennis Center in Flushing Meadows.

She followed that up with a victory in the 2019 Australian Open before enduring a slump that saw her exit in the first round of Wimbledon and exit early in her defense of the US Open title.

With her father standing in as coach Osaka roared back to the form that had made her number one with back to back titles in Japan and China in 2019.

In May she was reported by Forbes to be the highest paid female athlete in the world, the magazine calculating her earings over the prior 12 months at $37.4 million (34.3 million euros).

But Osaka endured disappointment again at the Australian Open in January, where she fell in straight sets to unseeded US teenager Coco Gauff in the round of 32.

Osaka and Gauff could meet again in the third round of the US Open.

Comments
Topics mentioned in this article
Naomi Osaka Victoria Azarenka Tennis
Get the latest updates on IPL 2021, IPL Points Table , IPL Schedule 2021 , live score . Like us on Facebook or follow us on Twitter for more sports updates. You can also download the NDTV Cricket app for Android or iOS.