Novak Djokovic won his 80th career title, improving to 23-0 in 2020 and 11-0 all-time against Raonic, while capturing his 35th ATP Masters Series crown. 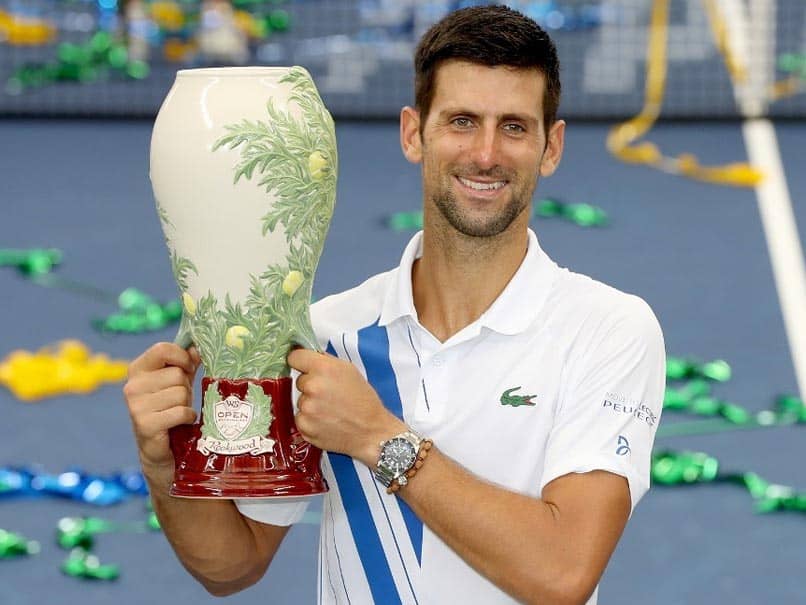 Top-ranked Novak Djokovic rallied to defeat Canada's Milos Raonic 1-6, 6-3, 6-4 in Saturday's ATP Western & Southern Open final, remaining unbeaten this year only two days before his first US Open match. The 33-year-old Serbian star won his 80th career title, improving to 23-0 in 2020 and 11-0 all-time against Raonic, while capturing his 35th ATP Masters Series crown, matching Rafael Nadal's all-time record. "It was not easy, definitely, especially the last three, four days," Djokovic said. "Has been challenging mentally and emotionally for me to stay sane and be able to compete on the highest level and win this title."

Djokovic credited physiotherapy for getting him able to play after a grueling three-hour marathon semi-final victory Friday over Spain's Roberto Bautista Agut.

"Was a bit slow at the beginning, but I thought I did well, considering the form that Milos is in," Djokovic said. "He's serving rockets on the court and it's really hard to return.

"You need all the freshness mentally and all the focus you can possibly have. So I did struggle with that, I must say."

Djokovic launches his quest for a fourth US Open title and 18th career Grand Slam crown against Bosnia and Herzegovina's 107th-ranked Damir Dzumhur on Monday night at Arthur Ashe Stadium.

"It's not the way we wanted it," said Azarenka. "It's not easy times in the world right now but we're here and we're trying to do our best."

The US Open tuneup event, usually played in Cincinnati, was moved to New York due to the COVID-19 pandemic and played inside the same quarantine bubble at the National Tennis Center where the US Open will be staged.

Djokovic has also had to deal with a leadership role in a group trying to develop a players union.

"It was not the most ideal situation for me, to be competing in the last four of a big tournament and have to deal with a lot of stuff off the court, but those were the circumstances. I accepted them," Djokovic said.

"I was fortunate to get the title, but it's a great lesson learned."

"He does what Novak does. He puts in a few more balls. He makes things a little more difficult," Raonic said. "First few moments there I was stepping up, but there were a few lapses that I had, and he made the most of it."

Raonic broke to lead the third set 2-0 when Djokovic sent a forehand long, but Djokovic broke back at love, Raonic netting a backhand on the final point, and broke again in the fifth game, seizing a 3-2 edge when the Canadian netted a forehand.

Djokovic held serve from there to claim the crown after two hours when Raonic netted a forehand.

Raonic, who dropped his serve only twice this week before the final, rolled through the first set in 30 minutes. Djokovic made the most of his first break chance in the sixth game of the second set and then held twice to force a third set.

Azarenka took her biggest victory since the 2016 Miami Open and her first since a break to become a mother.

"It has been a long time since I felt like I wanted to play and go after every point and I'm very thankful for that," Azarenka said.

"I've been going through a lot of personal things. I wanted to give myself an opportunity to try. I worked really hard. I'm glad it's paying off."

The 31-year-old Belrussian captured the 2012 and 2013 Australian Opens and lost the same years in the US Open final.

Novak Djokovic Milos Raonic Victoria Azarenka Naomi Osaka Tennis
Get the latest updates on IPL 2021, IPL Points Table , IPL Schedule 2021 , live score . Like us on Facebook or follow us on Twitter for more sports updates. You can also download the NDTV Cricket app for Android or iOS.