USTA spokesman Chris Widmaier said that the exclusion of Guido Pella and Hugo Dellien was in line with advice from the Centers for Disease Control and Prevention. 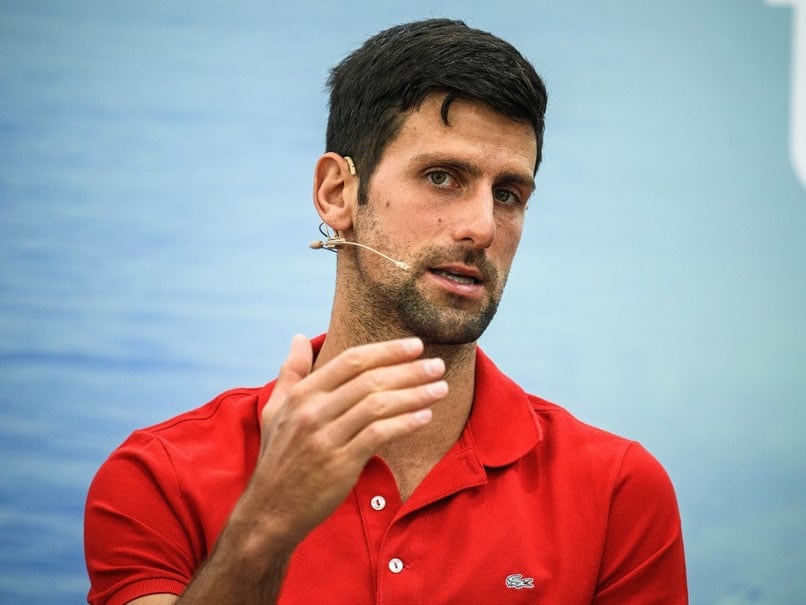 World number one Novak Djokovic is among the ATP players critical of a decision to bar Guido Pella and Hugo Dellien from the relocated Cincinnati Masters after their fitness trainer tested positive for COVID-19, ESPN reported Friday. Three-time Grand Slam champion Andy Murray of Britain also spoke out, saying players hadn't been given clear enough guidelines for such situations. Neither Argentina's Pella or Bolivian Dellien has tested positive for coronavirus since their fitness trainer Juan Manuel Galvan tested positive on Monday.

But officials from the tournament, which is being held at Flushing Meadows in New York as a warm-up for the US Open there, consulted US Open medical staff and the New York City Department of Health and sent the pair into quarantine.

"On a Zoom call a few weeks ago we got information from the chief medical doctor of the USTA that if a player is not sharing a room with his coach, or his physio, or anyone from his team that is infected, and his (own) results are negative, he can still compete in the tournament," ESPN quoted Djokovic as saying in a video news conference with reporters covering the event.

The Serb star said the call, attended by dozens of ATP players, was supposed to inform them of the health and safety protocols and procedures that would apply over the two-event period.

He said players asked multiple times about the protocol if team members tested positive "and that's what was communicated to us.

"That's why a lot of the players were -- are -- upset, including myself, when I see that Pell and Dellien are treated in this way."

Djokovic did note that the advice given was contrary to what was spelled out in a waiver players competing in New York had to sign -- which said New York state health officials would initiate contact tracing in the event of a positive test.

USTA spokesman Chris Widmaier told ESPN that the exclusion of Pella and Dellien was in line with advice from the Centers for Disease Control and Prevention which "defines close contact as spending 15 minutes or more within six feet of another individual."

He said contact tracing confirmed that the players had "multiple instances" of close contact without protective face masks.

"Simply put, the individuals in close contact with the infected individual must quarantine for 14 days. This is not a discretionary decision," Widmaier said.

Murray said in his news conference that those rules were not made clear to players.

"Some of the players were saying, 'Well, I wouldn't have come with a trainer or a physio if I knew that was the case,'" he said. "I'm not saying that it's not the right decision, but the players were not clear as to what the rules actually were."

Andy Murray Guido Pella Tennis
Get the latest updates on India vs South Africa and check out  Schedule, Results and Live Score. Like us on Facebook or follow us on Twitter for more sports updates. You can also download the NDTV Cricket app for Android or iOS.