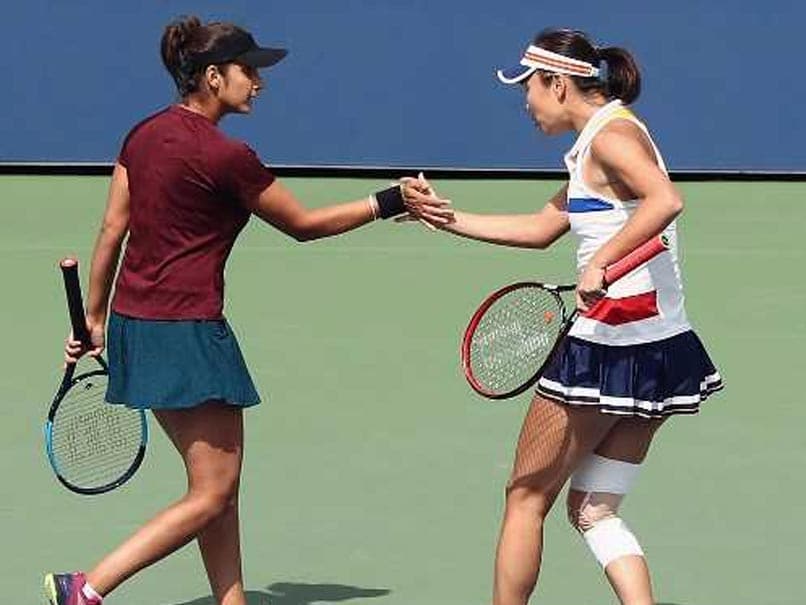 India's Sania Mirza reached her first Grand Slam semifinal of the 2017 season with Shuai Peng after edging past Timea Babos and Andrea Hlavackova in a close two-set battle at the US Open, here. The fourth seeded Indo-Chinese pairdispatched the fifth seed Hungarian-Czech combo 7-6 (5) 6-4 in the quarter-final which lasted one hour and 56 minutes. It is season's best performance for Saniaat the Majors as she fell in the third rounds of the Australian Open and the Wimbledon while at the French Open she had made a first round exit. Sania and Peng now face second seeds Martina Hingis and Yung-Jan Chan, the pair which had defeated the Indian and her Belgian partner Kirsten Flipkens at the Wimbledon.

Sania has played with different partners at the Grand Slams this season. She had started the season by teaming up with Barbora Strycova. They had lost in the third round of the Australian Open to Eri Hozumi and Miyu Kato.

At the Roland Garros she played with Yaroslava Shvedova and lost to Daria Gavrilova and Anastasia Pavlyuchenkova in the opening round.

This season Sania has managed to win only one title --Brisbane WTA event with American Bethanie Mattek-Sands -- and ended up finalist in Sydney with Strycova.

This is in complete contrast to her stupdendous show in the 2016 season, during which she won eight titles, inluding five with Swiss great Martina Hingis.

She had ended the 2016 year as number one but has now slipped to number nine as she struggled to find a cosnsistent partner after splitting with Hingis.

Comments
Topics mentioned in this article
Sania Mirza Shuai Peng Tennis Timea Babos Martina Hingis Barbora Zahlavova Strycova
Get the latest updates on ICC T20 Worldcup 2022 and CWG 2022 check out the Schedule, Live Score and Medals Tally. Like us on Facebook or follow us on Twitter for more sports updates. You can also download the NDTV Cricket app for Android or iOS.