Sania Mirza shared a cute photo with her husband Shoaib Malik and son Izhaan Mirza Malik via Instagram. The trio were spending time together watching a movie. 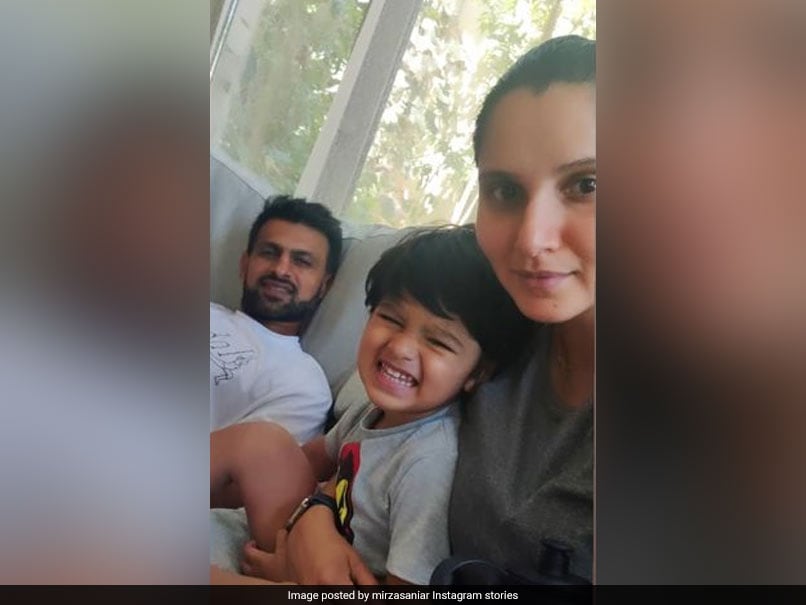 Sania Mirza and her family watched 'Mowgli' and spent some time together.© Instagram

Tennis ace Sania Mirza is known for her wholesome posts on social media, which revolve around her family and social issues. Considered by many to be a youth icon in India, Sania is amongst the country's most successful tennis stars. She recently posted a story on Instagram, with husband Shoaib Malik and son Izhaan Mirza Malik. In the story, Sania explained that the trio were having a "family movie afternoon", and watching Mowgli. In the bubbly photo, her son looked adorable as usual along with his parents. Here is the photo:

Sania Mirza watched a movie with her husband and son.
Photo Credit: Instagram

Sania is set to participate in a series of competitions in the United Kingdom, ahead of the Tokyo Olympics. She will be playing in the Nottingham Open, which starts from June 6, followed by the Birmingham Open on June 14. She will also be taking part in the Eastbourne Open on June 20, followed by Wimbledon on June 28.

A part of the Target Olympic Podium Scheme (TOPS), she also recently approached the Sports Ministry, asking for help with the visa of her son and his caretaker. Sania revealed that she can't leave a two-year old child behind for her tennis tournaments.

The Sports Ministry has also already sent a letter to the Ministry of External Affairs of Government of India, to take up the matter in the United Kingdom, through London's Indian Embassy.

A Padma Shri and Arjuna Awardee, Sania will be hoping to leave a mark in the upcoming tennis tournaments.

Shoaib Malik Cricket
Get the latest updates on IPL Auction 2023 and check out  IPL 2023 and Live Cricket Score. Like us on Facebook or follow us on Twitter for more sports updates. You can also download the NDTV Cricket app for Android or iOS.