Sania Mirza is currently ranked 157th in the world but has a protected ranking of nine (doubles ranking) based on which she is likely to go to the Tokyo Olympics, slated to begin in July this year. 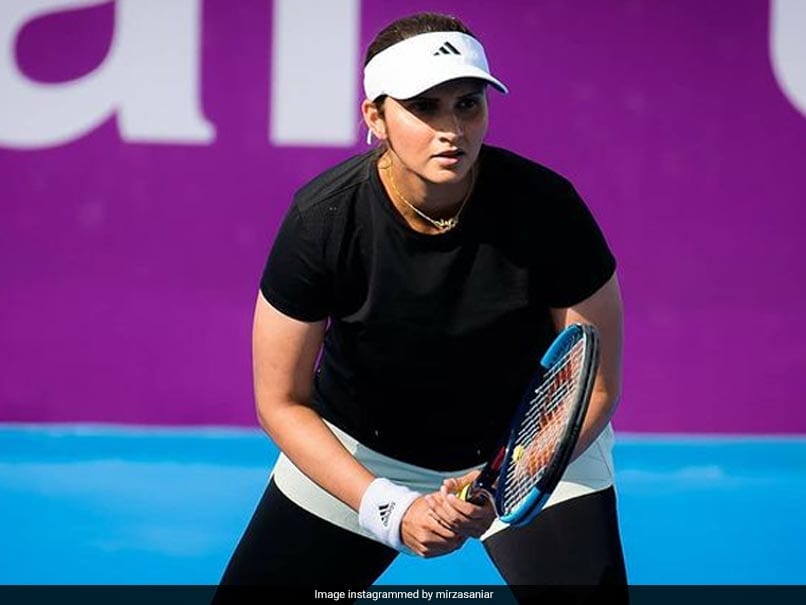 Sania Mirza was earlier selected for TOPS in 2017.© Instagram

Indian tennis player Sania Mirza was on Wednesday selected for Target Olympic Podium Scheme (TOPS) during the 56th Mission Olympic Cell (MOC) meeting. Sania is making her comeback in the TOPS as she was earlier selected for TOPS during the fourth meeting of the TOPS Elite Athletes Identification Committee that was held in 2017 at the Sports Authority of India (SAI) headquarters. But soon after the selection, she had withdrawn from TOPS.

She is currently ranked 157th in the world but has a protected ranking of nine (doubles ranking) based on which she is likely to go to the Tokyo Olympics, slated to begin in July this year.

According to WTA, special ranking is a ranking freeze assigned to a player who is out of competition for a minimum period of six months due to a medical condition. When a player is out of competition for more than 52 weeks, they get a ranking freeze for 3 years based on their last tournament played. Within this 3-year period, the player can enter 12 tournaments using their protected ranking (1 Grand Slam/Olympics & 1 WTA 1000 Mandatory Event).

Sania was out of competition for more than 52 weeks that is from October 2017 and returned to competition last year in January 2020 when she made a comeback by winning her first doubles tournament in nearly 2 years.

Sania's out of competition period began in October 2017 with an application for a special ranking of 9. In October 2018 she ended her pregnancy period and started parental care with a deadline of 104 weeks (October 2018 - October 2020) until her return to competition.

In January 2020 she made her comeback and entered three tournaments including the Australian Open before the coronavirus pandemic partially concluded the tennis season. During this time, the return to competition deadline is extended for additional 52 weeks, thus extending Sania's protected ranking till October 2021.

She has nine tournaments remaining including the Tokyo Olympics out of 12 to enter through the protected ranking of World No. 9. Hence, she will gain direct acceptance into the doubles draw of 32 and can pick anyone as a partner who is ranked inside the top 300 from India as of June 7.