Sania Mirza and Ivan Dodig, seeded second in the tournament, overcame a slow start to knock out the local pairing with the match going into super tie-break. 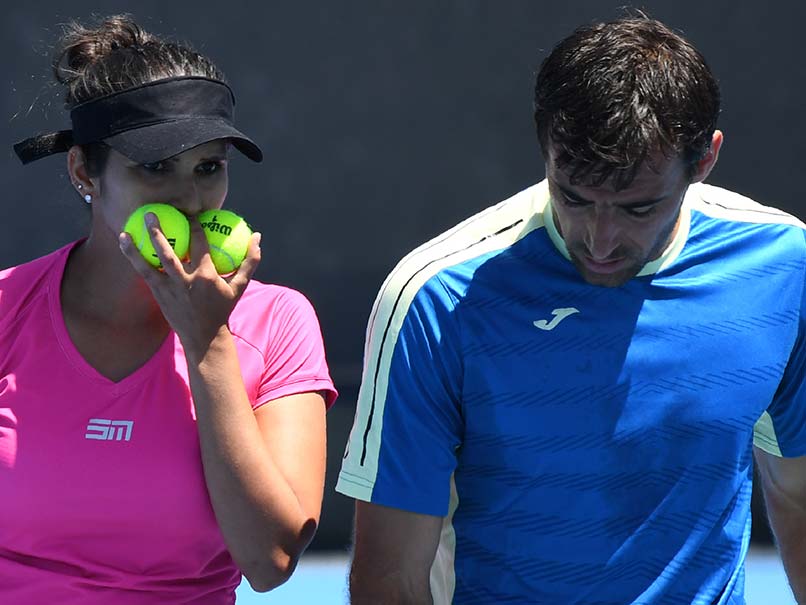 India's Sania Mirza and her Croatian partner Ivan Dodig reached the mixed doubles final at the Australian Open with a 6-4, 2-6, 10-5 win over Australian pair Samantha Stosur and Sam Groth in the semifinal on Friday. The Indo-Croatian team, seeded second in the tournament, overcame a slow start to knock out the local pairing with the match going into super tie-break. Sania and Dodig will play the winner of the second semifinal between Elina Svitolina-Chris Guccione and Abigail Spears-Juan Sebastian Cabal for the title.

Sania and Dodig converted four of the eight break point opportunities on offer in contrast to three converted by their opponents in the match lasting an hour and 18 minutes.

The No.2 seeds started slowly and were down 2-4 in the first set before launching a fierce fightback. They reeled off the next four games to stun the Australian team and take the first set 6-4.

It seemed the Sania and Dodig would build on their advantage and wrap up the match when Groth took a medical time-out at the end of the first set. However, that didn't seem to deter the Australian and he came back spitting fire in the second set.

Groth and Stosur again zoomed away to a 4-1 lead in the second set and this time there was no way back for the Indo-Croatian team as they were broken twice and finally lost the set 2-6.

It was all tied at 2-2 in the super tie-break when a few errors by Groth cost his team dear. Stosur held her serve as the Australian duo took a 3-2 lead and had their opponents scampering the next point on Sania's serve. But Groth twice failed finish off the point with overhead smashes, allowing Sania and Dodig to find a way to win the point.

That point seemed to take the sting out of Groth in particular as he miscued a forehand return, the very next point. It was all Sania and Dodig from there on in as the Australian team continued to commit errors.

To add to their woes, Groth had a double fault on his serve -- the Australian team's 10 in the match -- as Sania and Dodig took a mammoth lead.

Sania and Dodig hit just 16 winners as compared to their opponents' 27 but the real difference in the match was the 25 unforced errors committed by the Australian pair in contrast to Sania and Dodog's nine.

Comments
Topics mentioned in this article
Sania Mirza Ivan Dodig Samantha Stosur Samuel Groth Tennis
Get the latest updates on IPL 2021, check out the IPL 2021 Schedule and Indian Premier League Live Score . Like us on Facebook or follow us on Twitter for more sports updates. You can also download the NDTV Cricket app for Android or iOS.