"Wasn't Sure" About Playing Tennis Again: Sania Mirza On Her Journey After Pregnancy

Sania Mirza took to social media to share a letter about her journey as a mother and about her return to the tennis court. 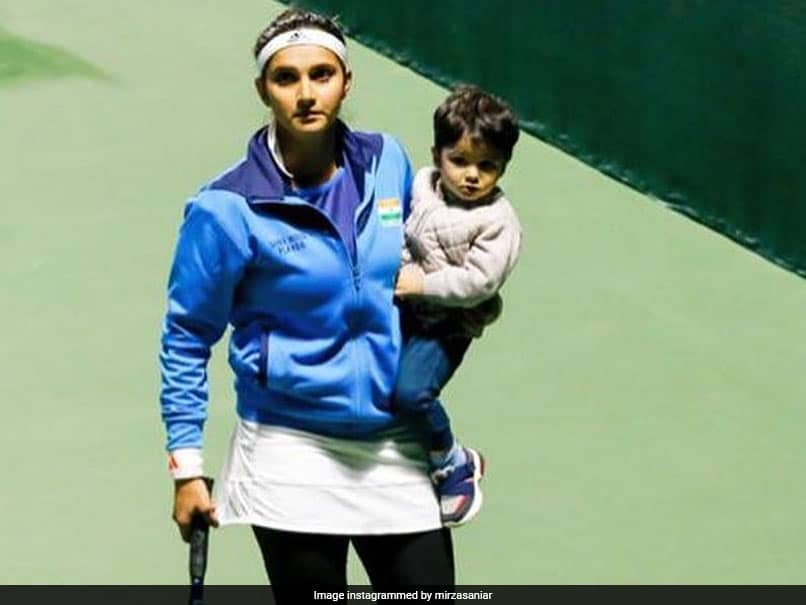 Sania Mirza was spotted with her son Izhaan on tennis court before a Fed Cup match.© Instagram

Sania Mirza, India's tennis ace, took to social media on Wednesday to pen an emotional note, talking about her journey of becoming a mother and then returning to the court, competing at the highest level. Mirza also urged her fans to watch the 'Being Serena' documentary, highlighting that Serena Williams' journey was similar to her. In her note, Sania Mirza said that after becoming a mother, she was not sure whether she will ever get back to playing Tennis. "Having put-on around 23kgs during my pregnancy, I wasn't sure if I was ever going to get back to being fit and playing tennis again," Sania says in her letter.

Sania added that by following a strict diet and putting in the hard yards during workout sessions, she managed to lose around 26 kilos and came back to the sport she loves.

. @serenawilliams your story has inspired me to pen this letter. The #BeingSerena documentary echoes my experience and of women worldwide who everyday balance family and personal goals.

If you are in India, you can catch Being Serena on @DiscoveryPlusIn pic.twitter.com/Xlu9q8vEKb

"I lost around 26 kilos with a lot of workout regimes and very strict diets and came back to tennis because that's what I know, love and do," Sania added.

Sania Mirza, returning to the tennis court after a gap of almost two years, made a dream comeback by winning the Hobart International title with her doubles partner Nadiia Kichenok.

Speaking on her win in Australia, Sania said that she was proud of herself for making a successful return at the highest level.

"Finally, when I won at Hobart after coming back it was pretty amazing. I was honestly very proud of myself to have been able to put myself to compete at the highest level again and I think that's where I was mentally," Sania mentioned.

Comments
Topics mentioned in this article
Sania Mirza Serena Williams Tennis
Get the latest updates on India vs Australia Series, check out the India vs Australia Schedule for 2020-21 and Ind vs Aus live score . Like us on Facebook or follow us on Twitter for more sports updates. You can also download the NDTV Cricket app for Android or iOS.