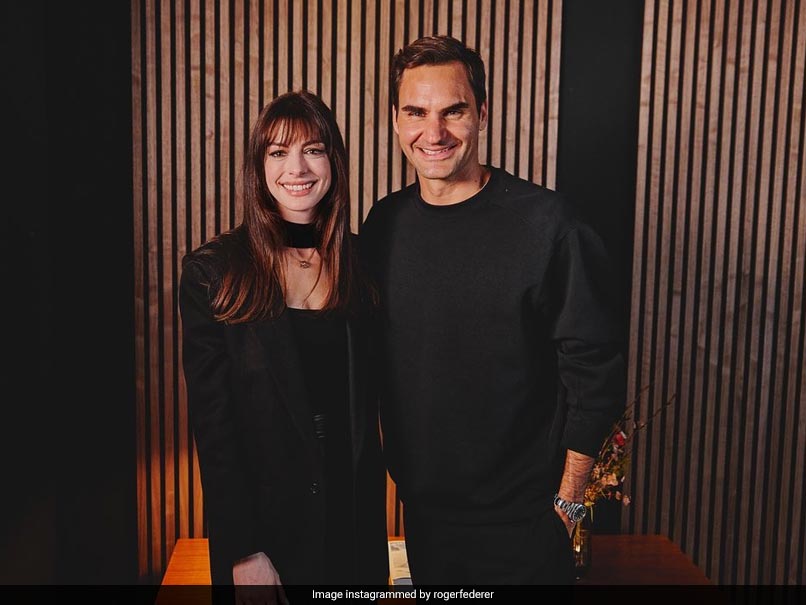 One of the world's most revered tennis players, Roger Federer surprised everyone when he turned up for a hilarious advertisement campaign that also featured Oscar winner Anne Hathaway. While the ad is an attempt to popularize Switzerland as a country, Federer and Hathaway impressed their audience with some fabulous on-screen chemistry that made everyone chuckle. In the ad, both personalities are scheduled to review the ad which apparently should involve them as well. However, both were left disappointed as they were edited out of most of the important clips.

As they complain about their presence in the ad -- or lack thereof -- the director compliments them, saying "your chemistry is electric".

"No one can beat the Grand Tour of Switzerland @myswitzerland ... not even me and @annehathaway #ineedswitzerland

The other post also features some behind the scenes moments with a caption that says:

"BTS with @annehathaway working on our 'masterpiece'. That was fun."

Federer will turn 41 in August this year and has been in rehabilitation, coping up with injury issues. He also shared a post recently stating that the "Rehab is rockinggggggg."

The Swiss tennis great last played in a competitive match last July where he lost in the quarterfinals at Wimbledon to Pole Hubert Hurkacz.

He withdrew from the Olympics and then underwent his third bout of knee surgery in only 1.5 years.