Rio Open: Defending Champion Dominic Thiem Progresses To Next Round

Dominic Thiem will next meet Pablo Andujar of Spain in the ATP 500 clay court event on Thursday. 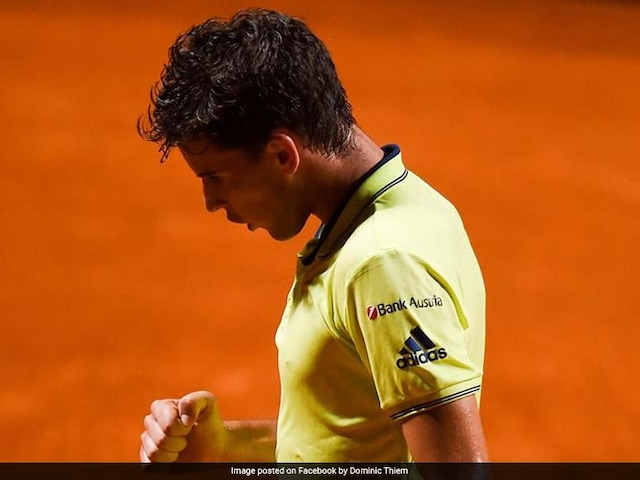 Dominic Thiem is ranked 6 in the world rankings© Facebook

Defending champion Dominic Thiem progressed to the next round of the Rio Open tennis tournament by defeating Dusan Lajovic of Serbia 6-2, 7-5 on Wednesday. The second seed from Austria and world No. 6 will next meet Pablo Andujar of Spain in the ATP 500 clay court event on Thursday, reports Xinhua news agency. France's Gael Monfils also advanced with an entertaining 7-5, 3-6, 7-5 win over Horacio Zeballos of Argentina. Monfils will meet last month's Australian Open runner up Marin Cilic of Croatia in the round of 16 at the Jockey Club Brasileiro.

Spanish third seed Pablo Carreno Busta was another winner on the second day of the tournament, breezing past Italy's Marco Cecchinato 6-4, 6-1.

Thiem, 24, on Sunday needed just an hour and 30 minutes to knock off Bedene in the clay-court final, adding his ninth trophy to his previous wins at Gstaad, Umag and Nice in 2015, Stuttgart, Nice, Acapulco and Buenos Aires in 2016 and Rio de Janeiro in 2017.

Comments
Topics mentioned in this article
Dominic Thiem Dusan Lajovic Tennis Football
Get the latest Cricket news, check out the India cricket schedule, Cricket live score . Like us on Facebook or follow us on Twitter for more sports updates. You can also download the NDTV Cricket app for Android or iOS.